Olympiakos' appeal against the penalty of one match was heard 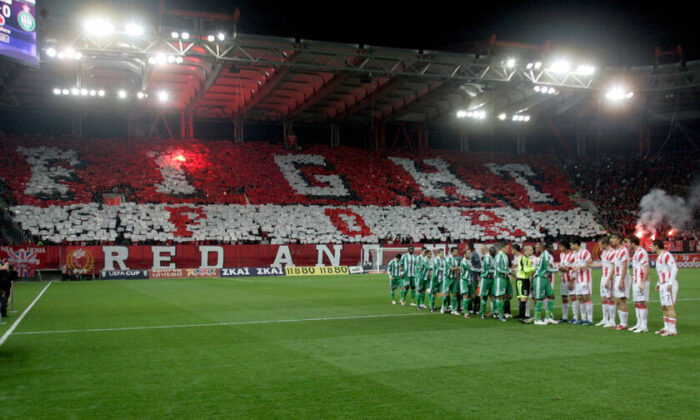 With the submission of a written memorandum and without a hearing procedure, the appeal of PAE Olympiakos was heard in the Appeals Committee of the EPO, requesting the reduction of the first instance penalty imposed on him for the behavior of his fans in the derby with Panathinaikos.

We remind you that the "red and whites" have been imposed at first instance the penalty of one game behind closed doors and a fine of 13.000 euros.
A penalty that Olympiacos is obliged to serve in the home derby with PAOK.

With their memorandum, the Piraeus try a literal interpretation of the regulation in order to justify their right to appeal (according to the Disciplinary Code, penalties of more than one match are appealing), while they demand to be punished according to the invalidity of the acts - such as they consider - it is not for a seat punishment.
The decision is expected to be issued next week.

AUTh: At a higher level the viral load of sewage in Thessaloniki

The high level of dispersion of SARS-CoV-2 in Thessaloniki is reflected in the last measurements of the week in municipal waste, according to the research conducted by ...
Read more
News Bulletin Athens 9.84

There is concern around the world about the new strain of the coronavirus, named Omicron. The Czech health authorities announced that they have located ...
Read more
COVID-19

The British scientist who led the research for the preparation of the vaccine against the coronavirus of Oxford / AstraZeneca stated today that a new vaccine ...
Read more
984

The Civil Aviation Authority has issued an extraordinary air directive for foreign flights for travelers from South African countries with the aim of limiting the dispersion of ...
Read more
GREECE

Two closed controlled structures were inaugurated in Leros and Kos

The new closed controlled structures were inaugurated today in Leros and Kos. "Today is a historic day", stressed the Vice President of the European Commission, Margaritis ...
Read more