The program of the 9th Chania Film Festival 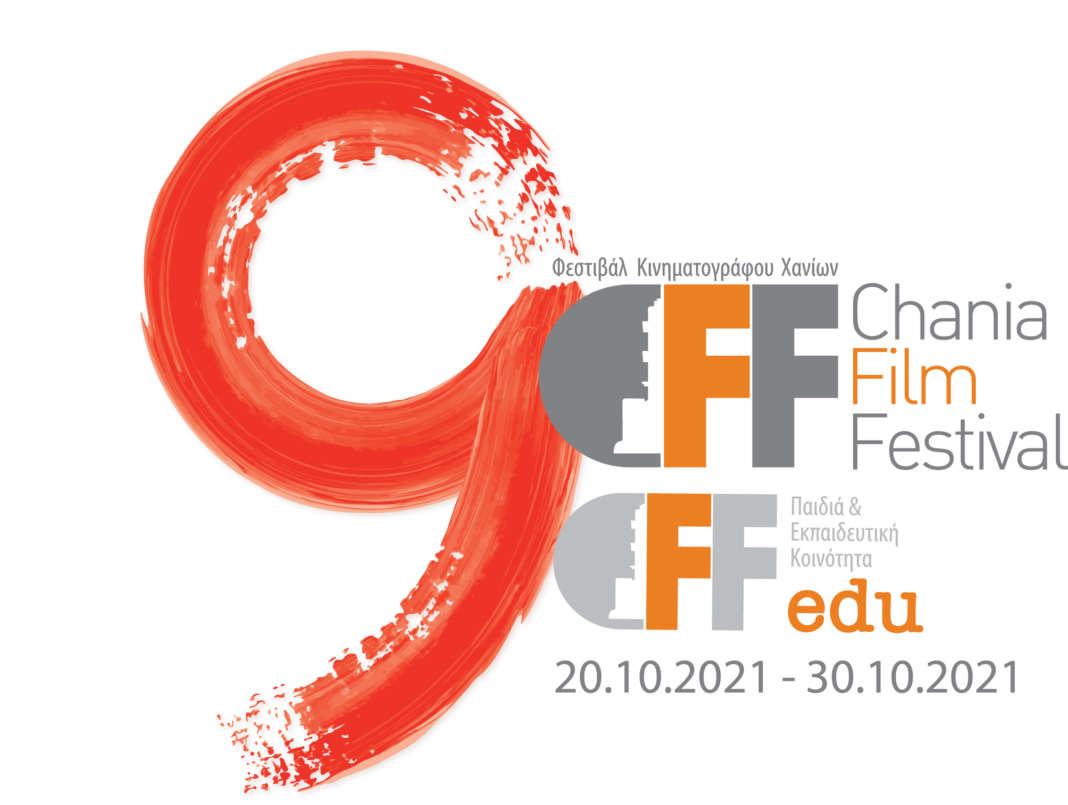 The detailed program of the 9th Chania Film Festival has been announced, which will take place from Wednesday 20 to Saturday 30 October 2021, at the Chania Cultural Center and online through www.chaniafilmfestival.com

In the special situation we share, the 9th Chania Film Festival invites its friends, for another year, to share unique experiences. A rich program with fiction and documentaries, short and feature films and animation are part of it. Exhibitions, masterclasses, publications, parties and many other activities.

Special screenings, tributes and a rich catalog of films and workshops for the Educational Community.

A rich program that can be attended by the friends of the Festival in the favorite Cultural Center of Chania, every day from early afternoon until late at night. With the actors of the films to be with us to share thoughts and impressions.

At the same time, unique workshops and masterclasses will be implemented in a natural environment for the friends of Cinema, Culture and Education.

In its 9th edition, the Chania Film Festival awards "audience awards" which are adopted and supported by Fisher.

The 9th Chania Film Festival is designed and redefined based on the health protocols in force to protect against the spread of covid19.

The Cultural Center of Chania has been characterized as a "mixed space" so the relevant measures and the relevant restrictions apply.

The actions of the Festival have no financial obligation for the participants.

For all activities (screenings and workshops) it is MANDATORY to book a place -FREE- through the system of electronic forms that exist on the site.

The use of a mask is mandatory, while at the entrance of the participants in the Festival premises the relevant certificates of vaccination, disease, self / rapid test should be demonstrated as provided in each case. Thermometry will probably be done as well. 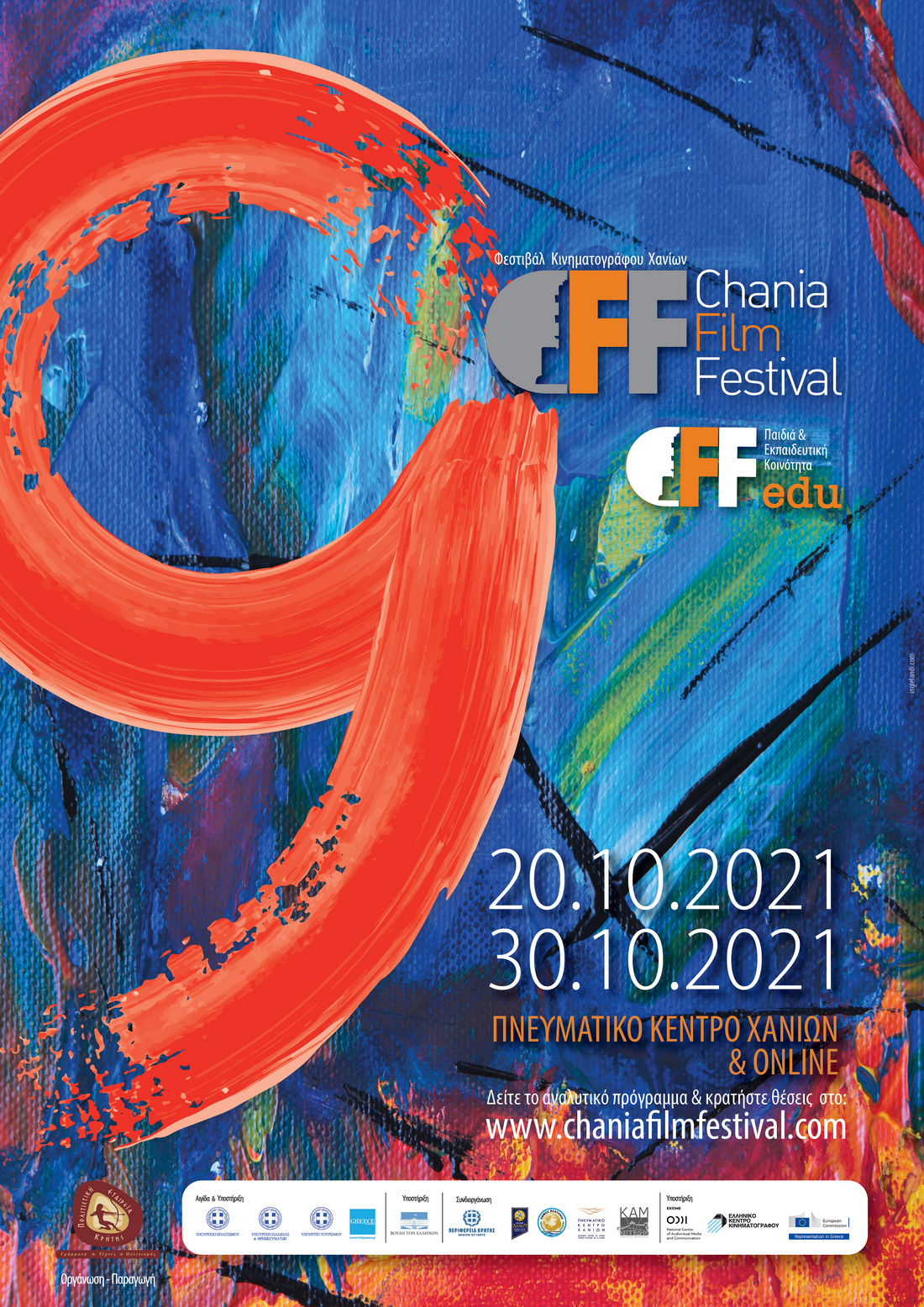 The 9th Chania Film Festival, honoring the Memory of Mikis Theodorakis, chooses to premiere with an emblematic collaboration, which created one of the most important films of Greek cinema. The G of Costas Gavras, based on the book of the same title by Vassilis Vasilikos and music by Mikis Theodorakis.
The screening is done in collaboration with the Hellenic Film Academy and is part of the synergy of the two Institutions, within the program "COUNTRY, I SEE YOU", which will host the Chania Film Festival in Crete.

"CHORA, I SEE YOU" is a program for rescuing, digitizing, showing and studying films from the rich heritage of Greek Cinema of the 20th century, in the context of the Celebration of the 200th anniversary of the Greek Revolution.

The screening is supported by the Pancretan Friends Association Mikis Theodorakis.

At the 9th Chania Film Festival you can see dozens of films in the main and parallel programs.

Continuing the tradition of recent years, the 9th Chania Film Festival invites its friends to experience the midnight screening.

Our appointment is at midnight Saturday, October 23, 2021, at the Cultural Center of Chania. This year the film is the masterpiece of Krzysztof Kislowski, "The double life of Veronica" / La douple vie de Veronique.

The screening starts at 23:59. A unique experience always with the support of fisher.

"Playing with Fire", by Anneta Papathanassiou. Women actors in Afghanistan who have the courage to engage in theater are treated with harsh criticism, social disapproval, and even receive threats to their lives and families.

History - in its various forms - is the backbone of the Festival program. In the relevant section, among others, the films will be screened in # CFF9:

"Spetses ΄21: At the Crossroads of History" / Spetses ΄21: At the Crossroads of History, by Panos Thomaidis.
"The history of the People's Sanatorium of Asvestochori" / The History of thw Folk Hospital, Asvestohori Sanatorioum, by Andreas Tsatsaias.
"The Skies of Macedonia are on Fire - In the Wings of the First World War" / Macedonian Skies Ablaze - Wings of the Great War, by Dimitris Hatzimallis. Stories about the first pilots of the warring parties.
"The Doctor and the Prince" / The Doctor and the Prince, by Michael Krause. The German Red in the Third Reich.
/ Rigors, by Giannis Bletas. Testimonies of great events from Rethymno.
"Marika, why be afraid!", by Matthew Franzeskakis.
"Early Withered Flowers. Kakopetros 28 August 1944 », by Matthew Franzeskakis and Viki Arvelakis.

The Chania Film Festival, firmly believing in collaborations and synergies, hosts in its program of the last years five film sections from other Festivals and organizations:

Selected films by students of the Czech Famu School, in collaboration with the Czech Center of Athens.
Student films of recent years, from the camera zizanio of the Olympia International Film Festival for Children and Youth.
Student competition movies, cinema did you read?
A selection of films from the Very Short Film Festival, Très Court.

And of course, many more movies…

Experiential Workshops for the Educational Community, in collaboration with the Network of Collaborative Schools of Chania for Pedagogy Frene.
Plus - We talk about the Arts and Society. An experiential action organized for the third year by the Chania Film Festival, with the background of Music, Photography, Cinema and Dance.
Presentation of the book "The olive and the linden", by Demosthenes Kurtovic.
Discussion on the topic, “Speech and Radio. The speech on the Radio ".

Action "Outside the Walls"

For another year we meet the Club of Greek Cartoonists. This year, the Exhibition entitled, "I BELIEVE IN YOU". Sketch report against gender-based violence and patriarchy.
Special installation, minimum Price and Memory for Mikis Theodorakis. Edited by Lefteris Lambrakis.

Forms of Freedom. Interactive Exhibition of Augmented Reality, on the occasion of the 200th Anniversary of the Greek Revolution. Collaboration with the University of West Attica.
12 Worlds. Illustrators of Contemporary Czech Children's Books. Cooperation with the Czech Center of Athens.

"Chania on the routes of the centuries". Exhibition of augmented reality works of the students of the 2nd High School of Chania.
80 years since the Battle of Crete. Digital exhibition, in collaboration with the Municipality of Platanias. Edited by Lefteris Lambrakis.
Tell me a story. Stories with cassettes! Audiovisual Installation with favorite stories. Reason… a cassette!

The Educational Actions of the Chania Film Festival

For the Students and Teachers of the Schools of Crete, the Festival has a rich program of screenings and workshops adapted to the special epidemiological conditions.
The program includes 13 special screenings, as well as special workshops on audiovisual issues.
Also workshops of animation, film making, radio, theatrical play, etc.

These and many more compose
the Film Festival in Crete,
the experience offered by the 9th Chania Film Festival.

The 9th Chania Film Festival and its Educational Programs

under the auspices of the Ministries:
Culture and Sports
Education and Religions
Tourism
and
Hellenic Tourism Organization

Supported by:
the Greek Parliament

Supported by:
The Delegation of the European Commission in Greece
The Hellenic Tourism Organization
The National Center for Audiovisual Media and Communication
The Hellenic Cinema Center

are designed and implemented:
from the Cultural Society of Crete,

The CFF9 Audience Awards are sponsored by Fisher
Sponsor # CFF9 COSMOTE
have the synergy of the most important actors
of Cinema, Culture and Education.

All the activities of the Chania Film Festival are with Free Admission and access for the disabled is ensured.

Olympiakos having a very good first half took the victory with 2-1 over PAOK thanks to goals by Agimpos (22 ') and ...
Read more
984

Criminal prosecution for the crimes of attempted and committed homicide, in a row and the violation of the law on drugs and its misdemeanors ...
Read more