Merkel travels to Israel today for farewell visit as chancellor 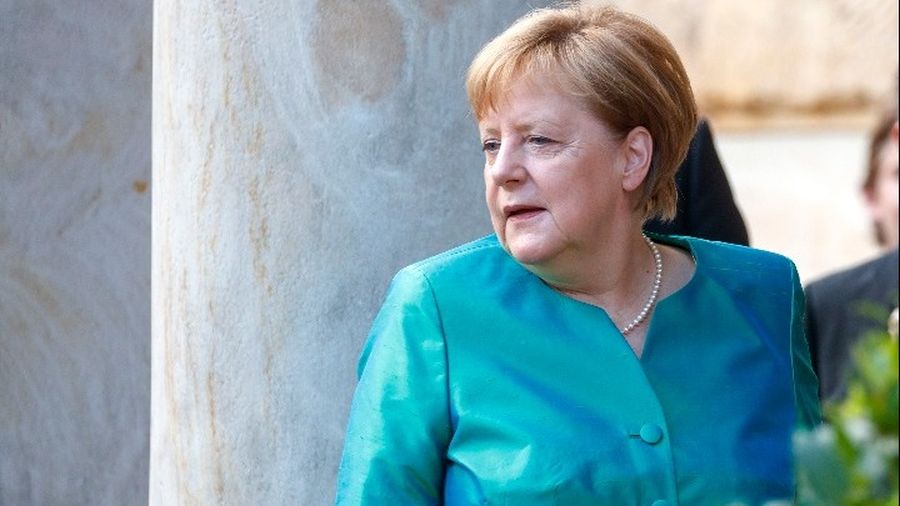 The Municipality of Athens created the first public Japanese Garden in Greece in the Nereid Park in Pagrati, just behind the building of the National Gallery ....
Read more

Angela Merkel is leaving for Israel today for a farewell visit as German Chancellor, during which she will meet with Israeli President Isaac Herzog and Prime Minister Naftali Bennett.

Merkel will step down as soon as a new government is formed in Germany after the September elections. Earlier this week he visited the Pope at the Vatican.

Merkel's trip to Israel was scheduled for late August, but was canceled due to the events in Afghanistan.

During her visit, she is scheduled to hold talks with Herzog and Bennett tomorrow, Sunday, and is also expected to meet with Israeli Foreign Minister Yair Lapid.

Among the topics on the agenda of its meetings are the Iranian nuclear program, relations with the Palestinians and bilateral relations.

Merkel is expected to meet with the Israeli cabinet tomorrow and lay a wreath at the Yad Bassem Holocaust Memorial in Jerusalem in the presence of Prime Minister Bennett this afternoon.

On Monday, Merkel is expected to hold a roundtable meeting in Jerusalem with representatives of the Tel Aviv-based Institute for National Security Studies (INSS) before returning to Germany.

The new Israeli governing coalition consists of eight parties from the country's political spectrum and includes for the first time a party supported by the Arab minority. The coalition brought an end to the era of Benjamin Netanyahu, who has been Israel's prime minister since 2009.

Stella Kyriakidou: We are facing a situation that is constantly evolving with the Omicron variant

The EU is closely monitoring the situation, said the Commissioner for Health and Food Safety Stella Kyriakidou, adding that "what we need to understand is that ...
Read more
GREECE

e-EFKA: The dates of payment of main and auxiliary pensions January 2022

The program of payment of the main and auxiliary pensions was decided by the Board of Directors of e-EFKA at the meeting of December 2, 2021, in the context of ...
Read more
984

A tragedy unfolded this morning in New Heraklion where two young brothers were found dead in their apartment with gunshot wounds. The police to examine everything ...
Read more
984

ΕΚΠΑ: What we know so far about the Delta and Omicron mutations

Viruses are constantly changing and showing changes in their genetic material. These mutations can lead to the emergence of new strains of the virus. A few...
Read more
COVID-19

The share of billionaires in the wealth of households marked a record increase during the pandemic, while the millionaires also found financial benefits from ...
Read more
CIVILIZATION

More than 228.300 visits to the Art Athina 2021 digital platform during its one month of operation

Th. Plevris: we should discuss the validity of certificates in general

"There should be a gradual discussion on" the validity of certificates in general at a time that preserves the immunity of citizens, "the minister said ...
Read more

10 feminist organizations are calling for a public protest on Wednesday, December 8, 2021, at 11:00 a.m. in front of the Supreme Court. The reason for the mobilization is ...
Read more
IT HAPPENS IN ATHENS

STASY: The new tram routes are in implementation

The new tram routes were implemented from yesterday Monday, while the commercial operation of the tram extension is postponed for next week ...
Read more
IT HAPPENS IN ATHENS

March for the 13 years since the murder of Alexandros Grigoropoulos

A procession for the murder of the 15-year-old student Alexandros Grigoropoulos by the special guard Epamineondas Korkoneas on December 6, 2008 took place in the center of ...
Read more
IT HAPPENS IN ATHENS

Extraordinary traffic regulations have been planned by the Traffic Police for today in the center of Athens, due to the rallies, which have been announced for the anniversary of the murder ...
Read more
984

Anniversary of Grigoropoulos's assassination: The student march in the center of Athens is completed

The student demonstration in the center of Athens for the 13 years since the murder of Alexandros Grigoropoulos was completed. Pupils and student associations with central ...
Read more