Economist: The time for hydrogen has finally arrived after decades of doubt 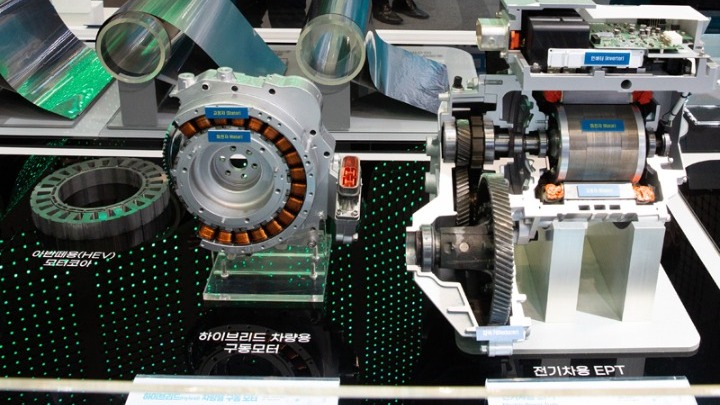 After decades of doubt, it seems that the time has come for hydrogen to become a staple fuel for humanity, according to a central article in The Economist.

Climate change, but also the current severe crisis in the price of gas and fossil fuels in general, which has caused panic in the markets and serious concerns about governments and citizens about energy costs this winter, make the role that can be more relevant play hydrogen.

Hydrogen has been controversial since the time the Hindenburg aircraft, which was full of the gas, caught fire and was destroyed in 1937 with many dead. Proponents of hydrogen, on the other hand, say it is a "low-carbon miracle" that could power cars and homes, bringing a hydrogen economy that would rewrite the world's energy map. Skeptics argued that several investments in hydrogen from the 1970s onwards failed when the problems and technical difficulties of this gas became apparent.

According to the internationally acclaimed British magazine, the reality is somewhere in the middle. Hydrogen technologies could potentially reduce current "greenhouse gas" emissions by a tenth by 2050, which is not a panacea, nor is it negligible.

Hydrogen is not a primary energy source like oil or coal. It is rather a "carrier" of energy such as electricity and a means of storing energy such as the battery. It is not ready in nature but must be produced. Other low-carbon energy sources such as renewables and nuclear power must be used to separate water into its oxygen and hydrogen components, a process that is costly and not very efficient, although its cost is gradually declining.

Hydrogen can also be produced from "dirty" fossil fuels, but this causes a lot of pollutants, unless the production process is combined with new technologies for capturing and storing the released carbon. Also hydrogen is more flammable and bulky than other fuels.

All this explains the "adventures" of hydrogen so far. The oil crises of the 1970s led to research into new hydrogen technologies, but they never went far enough. In the 1980s, the USSR even flew a hydrogen-powered airliner, a flight that lasted only 21 minutes and had no follow-up.

Japanese and South Korean automakers are willing to sell vehicles that use hydrogen cells as fuel, although battery-powered cars are more efficient. On the other hand, some European countries hope to supply homes with hydrogen, although heat pumps are more efficient, while at the same time a network of safe hydrogen pipes is needed, which is not always the case.

Hydrogen can certainly find its place in industries with complex chemical processes and energy-intensive needs for high temperatures, which are difficult to achieve with electricity. For example, steel mills, which emit about 8% of global carbon emissions, could now turn to hydrogen. Also commercial long-distance transport that electric vehicles cannot cover: hydrogen-powered trucks may be better than those with batteries. Also, hydrogen fuels can be useful on airplanes and ships. The French company Alstom has already put hydrogen-powered trains on European rails.

Hydrogen can also be used as a material for mass storage and transport of energy. Renewable energy networks have problems when there is no wind or when night falls. Storing energy in batteries helps, but if renewable energy (wind, solar) is converted to hydrogen, it can be stored cheaply for long periods of time and then, when needed, converted into electricity. Countries with significant renewable energy sources could even export such energy in the form of hydrogen.

The list of possible uses for hydrogen will become longer and longer as more funds are invested in research and new technologies. Both the private sector and governments can play their part in facilitating the hydrogen economy. The conclusion, according to the Economist, is that "hydrogen has its limitations, but it can play a vital role in the transition to cleaner energy."