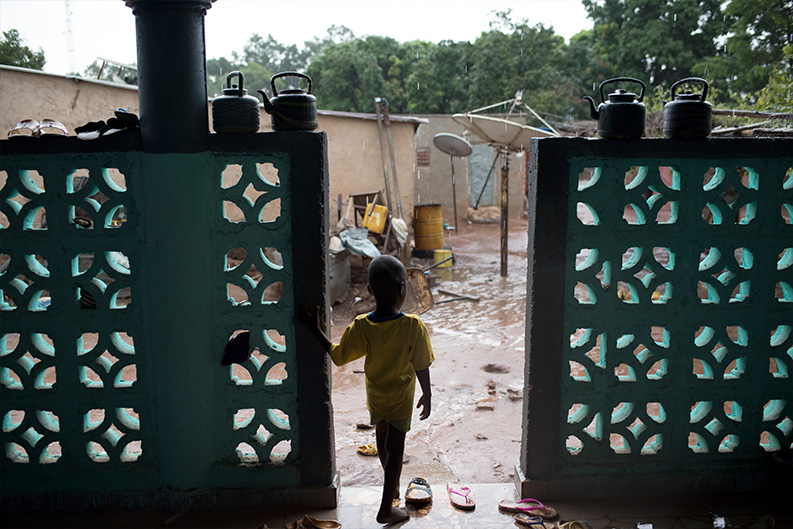 "A historic moment": The World Health Organization today recommended the mass immunization, with the first vaccine, of children living in sub-Saharan Africa and other dangerous areas, which could save tens of thousands of lives each year.

Malaria, a disease known since antiquity, manifests itself with fever, headache, muscle aches, chills and sweating.

Every two minutes a child dies from malaria somewhere in the world, according to the WHO.

"It is a historic moment. "The long-awaited vaccine for children is a revolutionary breakthrough in science, medicine and the fight against malaria," said Dr. Adanom Gebregesous, the organisation's director general. "Using this vaccine in combination with existing tools to prevent malaria could save tens of thousands of lives each year," he added.

RTS, S is a vaccine against the Plasmodium falciparum parasite that is transmitted by the common mosquito. This parasite is the deadliest on a global scale and is prevalent in Africa.

For Africa, where malaria kills more than 260.000 children under the age of five each year, the vaccine is synonymous with hope, as concerns grow that the disease will become treatable.

"We have been hoping for a long time for an effective anti-malarial vaccine and now, for the first time, we have one that is recommended for general use," Moeti added.

As of 2019, three countries, Ghana, Kenya and Malawi, have started delivering the vaccine to selected areas with moderate to severe spread of the disease. Two years after the start of this first large-scale trial, 2,3 million doses have been given.

RTS, S is manufactured by the British pharmaceutical company GSK and is the first - and so far the only - vaccine that has been shown to be effective in reducing the number of cases, even serious life-threatening illness, in children.

According to the WHO, third-phase clinical trials have shown that the vaccine, when given in four doses, prevents 4 in 10 malaria cases and 3 in 10 serious, life-threatening illnesses.

The next step for the WHO is to fund the vaccination campaign. The Vaccine Alliance (Gavi) has announced that it will consider, in collaboration with other relevant actors, "whether and how to fund a new vaccination program in sub-Saharan Africa".

Another vaccine, being developed by the University of Oxford, Matrix-M, also raises high hopes after it was announced in April that it had been shown to be 77% effective in second-phase trials. This vaccine could be licensed in less than two years.

In July, German company BioNTech announced that it would like to apply the promising messenger RNA technology (already used in the Covid-19 vaccine) to develop a vaccine for malaria and would begin testing next year.