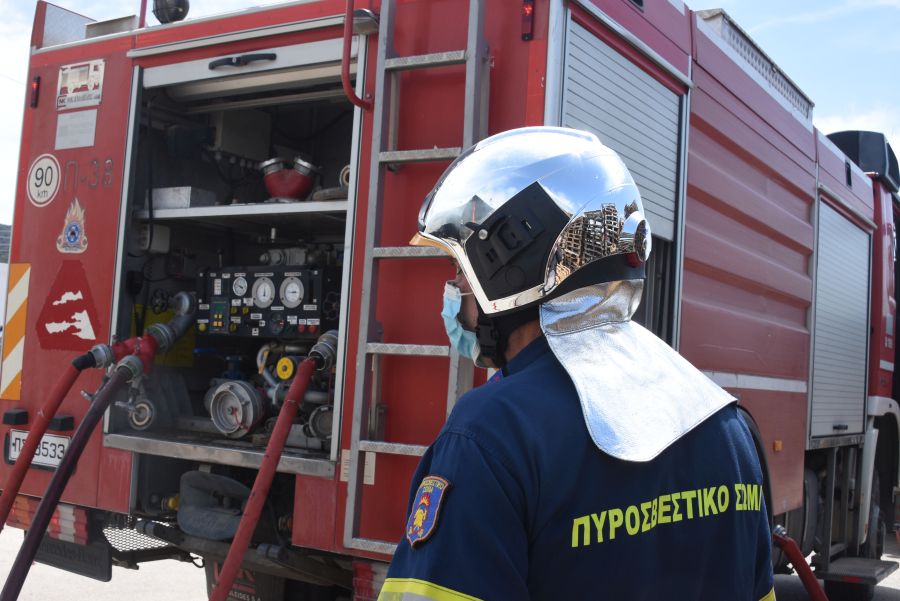 The fire that broke out in the afternoon in the second basement of the Alpha Bank building at 40 Stadiou Street has been brought under partial control.

According to the fire brigade, it was a small fire in a basement room, which probably occurred in batteries, but due to the very dense smoke, the firefighters had difficulties, so the intervention of two special vehicles was needed to remove the smoke.

The new riots that broke out yesterday Thursday in the Solomon Islands led Australia to announce that it will develop a peacekeeping force there, with a background ...
Read more
COVID-19

Britain exceeded the milestone of 10 million cases of the new coronavirus yesterday, Thursday. The health authorities announced that in the previous 24 hours, 47.240 ...
Read more
WORLD

The Colombian government has received a formal request from the United States to extradite Otoniel, the powerful drug lord arrested in October, and ...
Read more
COVID-19

The Brazilian Ministry of Health announced yesterday Thursday that 24 patients died in the previous 303 hours due to complications of COVID-19 and 12.126 cases were confirmed ...
Read more
WORLD

Armenia asked for Russian mediation to improve its relations with Turkey

Moscow confirmed that Yerevan requested mediation for the restoration of relations between Armenia and Turkey and expressed its willingness to ...
Read more
984

Six African countries will be added to the list of "red countries" of England after the United Kingdom Health Insurance Service expressed strong concern about ...
Read more
WORLD

The co-chair of the Greens, Analena Berbock, will be the new Minister of Foreign Affairs of Germany and the first woman to assume this position, ...
Read more

A wall art diary with twelve works by Artemis Hatzigiannaki on the subject of Syntagma Square and accompanying texts by journalist and writer Nikos Vatopoulos. More ...
Read more
NEWS

International Day for the Elimination of Violence against Women: A Feminist March in Athens

A march in the context of the International Day for the Elimination of Violence against Women was held in Athens by feminist organizations, organizations of the extra-parliamentary left ...
Read more
CIVILIZATION

An exhibition dedicated to the "discovery" of the city of Athens and to a dive into history and anecdotal details concerning its neighborhoods ...
Read more
IT HAPPENS IN ATHENS

Rally for the elimination of gender-based violence in Klafthmonos Square

13 podcasts for the new, global "pandemic"

The International Day for the Elimination of Violence against Women is celebrated today, November 25, by Athens 9.84, giving the microphones to 13 people, ...
Read more