A suspect, a fugitive from 2016, was arrested for the Sapecoense accident 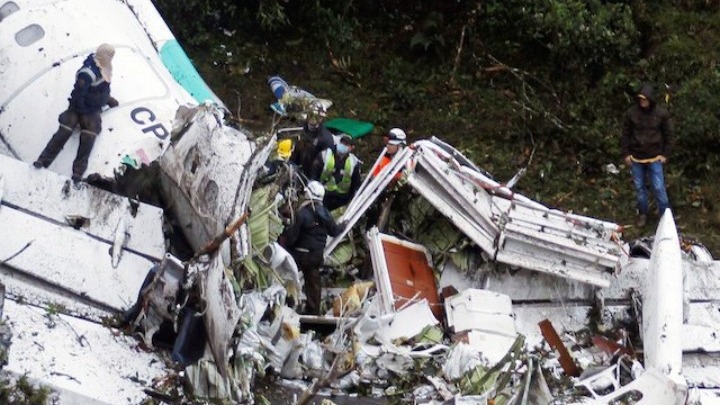 Brazilian police have announced the arrest of a Bolivian national, who has been wanted since November 2016, after the crash of the plane carrying the Sapecoense mission, with a tragic death toll of 71.

The woman, whose name has not been released, escaped from the Bolivian police, who are looking for her, because she allegedly approved the flight plan of the plane that transported the Brazilian team, without meeting the basic safety requirements.

According to the newspaper "Folha de Sao Paulo", it is Celia Castedo Monasterio, who was arrested in Corumba, in the state of Mato Grosso do Sul. Federal police also said the detainee would remain in custody in Koruba pending extradition to her country of origin.

The accident happened in November 2016, when Sapecoense's team was traveling to Colombia to face Atletico Nacional in the Copa Sudamericana final, the second most important inter-club competition in South America, after the Copa Libertadores.

After departing from Brazil, the aircraft landed in Bolivia, specifically in the city of Santa Cruz, before continuing the flight to Colombia. The plane crashed with 73 passengers and four crew members, in a mountainous area at an altitude of 3.300m, about 50 kilometers from the city of Medellin, while the tragic death toll was 71 dead and only six survivors.