Arrest of foreigners who stole municipal vehicles to dismantle them 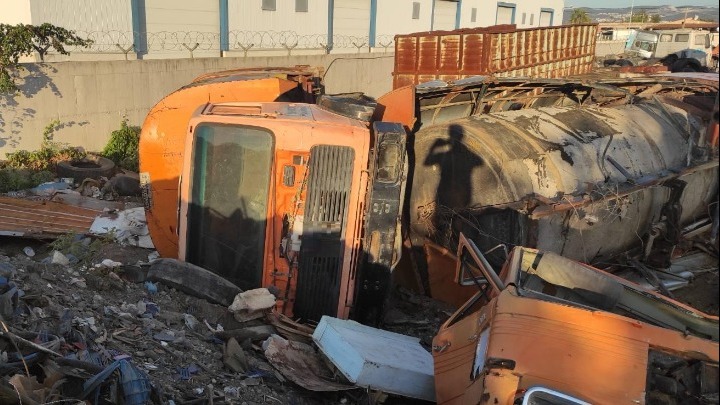 Two people were arrested in Thessaloniki who were cutting stolen vehicles, in order to exploit their metal.

At the same time, the theft of five vehicles owned by the Municipality in the area of ​​Kilkis, which was in a state of immobility, was immediately investigated by police officers of the Security Office of the Paionia Police Department.

Specifically, a municipal employee complained that from 22 to 24 September, four old garbage trucks and a bus, all non-functional, were removed from the Municipality.

As part of the police investigation, a plot of land was located in an area of ​​Thessaloniki, where vehicles were being transported and shredded, and two men from Pakistan, aged 23 and 28, respectively, were arrested during the operation. In fact, three of the stolen vehicles of the Municipality were located at the spot, two of which had already been dismantled. A case was also filed against the 58-year-old Greek owner of the plot.

The arrested will be taken to the Prosecutor of the Court of First Instance of Kilkis.

"In today's TV interview of Mr. Tsipras, one thing stood out, even more than the unprecedented absence of practical political proposals; his inability to ...
Read more
SPORT CITY

AEK remains at zero in the Basketball Champions League, after Treviso left victorious 92-77 from the indoor of Ano Liossia. The yellow and blacks gave ...
Read more
WORLD

Memorandum of Cooperation for the reconstruction and upgrading of areas of Eastern Attica (Mati) that were affected by the fires of 2018, with funding from resources that ...
Read more
SPORT CITY

The program of the National men's and women's polo teams

Opponents of the National women's polo team in the second qualifying group of the European Championship next February will be Serbia, Switzerland, Turkey ...
Read more
CIVILIZATION

"Calvero": A play based on Charlie Chaplin's novel "The Lights of the Ramp"

Papandreou to Imamoglou: To act for peaceful coexistence and good neighborly relations

The important role of metropolitan cities in issues such as pandemics, climate change, rising energy prices, migration but ...
Read more