Britain: Visit of the Minister of Development and Investment A. Georgiadis 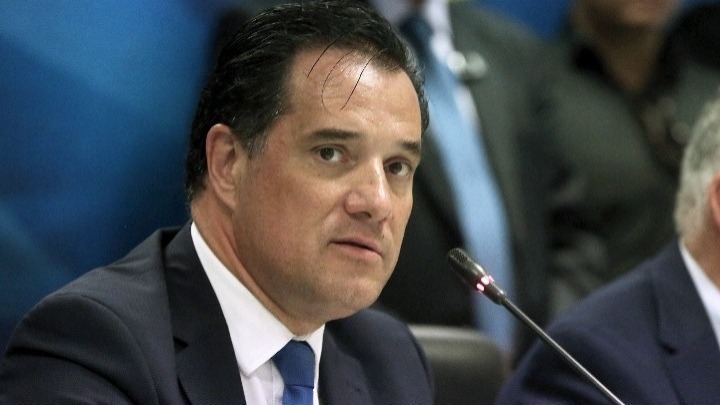 "At a particularly favorable time for the Greek economy, as you know the growth forecasts are constantly being revised upwards and we are constantly welcoming new foreign investment, I am invited to the British capital to address the opening of the 5th Greek-British Symposium in Oxford," he said. among others, the Minister of Development and Investment Adonis Georgiadis late last night to the Greek correspondents in London.

As Mr. Georgiadis noted, this is an event "which has already gained prestige, is done in collaboration with the British Embassy in Athens in order to better inform the British public and the entire public to which the United Kingdom addresses a number of issues such as: how the Greek economy is doing, what are the prospects in the coming years, what are the institutional reforms that the government of Kyriakos Mitsotakis has made to improve the business environment, etc. "

At the same time, he pointed out that all this is happening "at a particularly interesting time as the crisis of increases in raw materials, energy, and fares have raised various concerns about the course of the world economy."

Asked if he is concerned about the recent rise in commodity prices internationally, he said that this is a global phenomenon and does not concern the policy pursued by Greece. "The trade policy that I personally follow makes me extremely proud because Greece is a country that did not face any shortage of goods during the pandemic.

The image in the supermarkets was exemplary for the rest of Europe. We did not have crowding phenomena ", said Mr. Georgiadis. He assessed that the phenomenon of price increases is temporary and as he pointed out, according to international organizations, it will have "been eliminated by the end of the year".

Mr. Georgiadis was also asked about the reports which accuse him that in his interview on the TV channel Kontra 24 "he predicted that small businesses with 2-3 employees will either close or merge".

"I did not prejudge anything like that. I was asked why out of the total of 830.000 Greek companies that can be financed, to be lent by the banks, there are about 40.000. And I explained that it is not a current phenomenon but it is a phenomenon of decades, that it is impossible for very small companies to have access to bank lending ", answered Mr. Georgiadis.