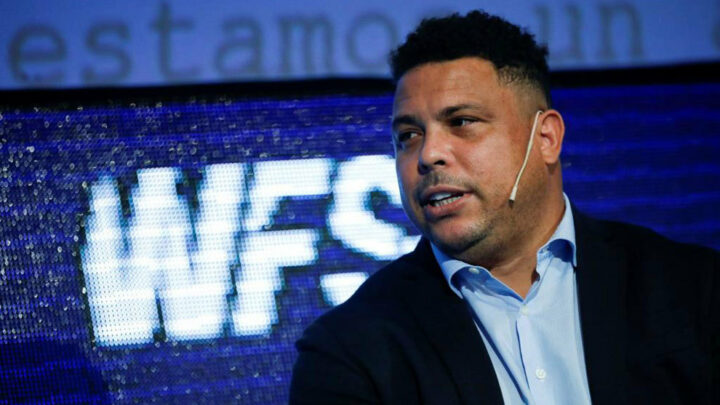 Ronaldo supported the establishment of the European Super League, in his statements, stating that it is not a bad idea.

The supporter of the idea for the creation of the European Super League seems to be the owner of Real Valladolid, Ronaldo.

"Phenomenon" in its statements stressed that it is not a bad idea, as the fans want to watch big games often and not to wait for a semifinal. At the same time, he pointed out that this plan has potential and in the future there will be innovations.

"If you look at the idea of ​​the Super League, it's not bad. The fans want to see the most important matches. Football fans, like us, want to see Real play Milan or Inter, City and Paris. That is, to watch these games without having to wait for a semifinal to see them.

Now the fans are very loyal. We saw protests against the Super League in England. This may have been because it was badly explained or because it was done wrong.

I believe this project has potential and that in the near future there will be innovations for the teams and the fans. This is necessary to improve our product, to offer better conditions and to offer the best races ".

For the first time in Greece, the great opera star Sonia Yoncheva

The National Opera and the Union "Together for the Child" present for the first time in Greece the great opera star Sonia Yoncheva, ...
Read more
984

The intervention of justice was caused by the allegations that neighbors of the 40-year-old who last Saturday in Nea Erithraia shot and killed a 43-year-old ...
Read more
984

The health of Fofi Gennimata is deteriorating

As "difficult to manage" is characterized by the nurses of the President of KINAL Fofis Gennimata the evolution of the situation presented by her health ...
Read more
ECONOMY

Competition Committee: On December 7, the examination of the proposal for OPAP

On December 7, the plenary session of the Competition Commission will consider the issue of the policy pursued by OPAP regarding the exclusivity clauses. According...
Read more
SPORT CITY

Ronaldo: "It's our fault. "Our fans deserve a lot more."

Liverpool passed like a siphon yesterday from "Old Trafford", dissolving 5-0 Manchester United, in the context of the 9th game of the Premier ...
Read more
GREECE

How the work is paid on October 28th

The 28th of October is now included in the compulsory holidays (article 60 of Law 4808/2021), during which the employment of the employees is prohibited, as well as the operation ...
Read more
News Bulletin Athens 9.84

Traffic problems continue on the descent of Kifissos from the Varybombi Bridge to New Philadelphia. Earlier - due to the ring that is put ...
Read more

Improved compared to last week is the situation today at stops and buses, the first day of implementation of the Ring. However, the same does not happen ...
Read more
984

The ring returns to the center of Athens after about 2 years of absence. From today Monday 25 October until Friday 22 July ...
Read more
CIVILIZATION

Kilometer queues are formed in the two streams of Kifissos due to the first day of application of the ring in the center of Athens. On the descent of Kifissos the ...
Read more
IT HAPPENS IN ATHENS

Attacks on Banks at dawn

Attacks on two banks in Chaidari and Chalandri took place almost at the same time in the early hours of the morning with the perpetrators causing serious damage. The first attack ...
Read more