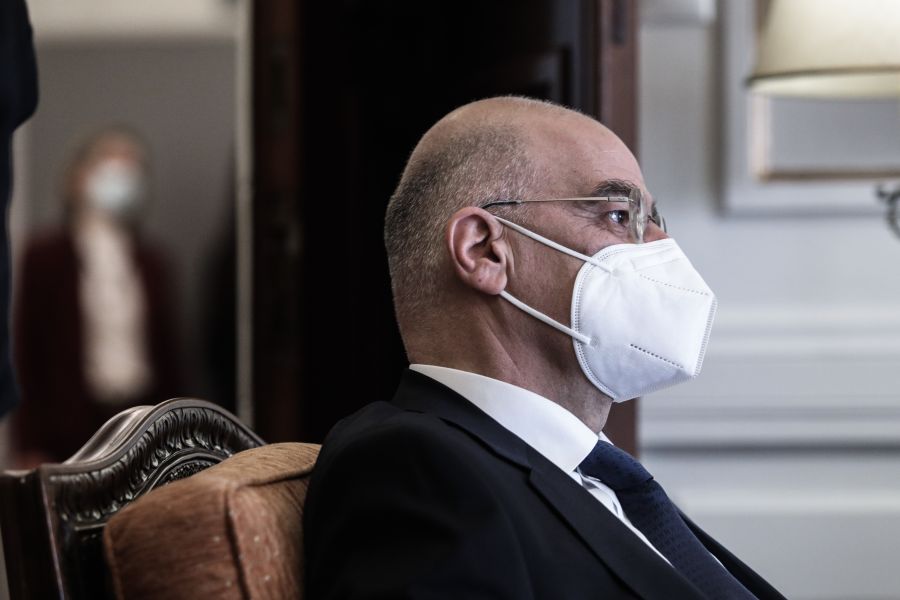 Turkey's delinquent actions in the Aegean were the focus of Foreign Minister Nikos Dendias' meeting with his Egyptian counterpart, Sameh Sukri, in New York.

According to diplomatic sources, the meeting took place at a critical time as Turkey wants to build bridges of communication in Egypt and decongest tensions in their relations.

Mr. Dendias even referred to the most recent one, during which Turkish naval vessels moved threateningly against Greek naval vessels.

According to diplomatic sources, the meetings confirmed the particularly close relationship between Greece and Egypt and the two sides exchanged views on Turkish behavior and developments in the Middle East and North Africa.

Mr. Dendias also participated in a tripartite meeting with his counterparts from the Republic of Cyprus and Egypt, where there was a broader agenda in these talks.

In particular, the meeting stressed the need to create a permanent secretariat, which will be in charge of implementing the decisions of the summits. The meeting also discussed the upcoming summit, Turkey's stance, the role of Libya and developments in Syria and Iraq.

The results of the local elections in Italy, the developments in the negotiations for the formation of a government in Germany and the decision of Russia to suspend ...
Read more
News Bulletin Athens 9.84

The developments in the Cyprus, Eastern Mediterranean and Libya will be at the center of today's 9th tripartite Summit of Greece - Egypt - Cyprus, which ...
Read more
984

At 11 in the morning, the proceedings of the 9th Tripartite Summit of Greece-Egypt-Cyprus begin at the Hilton Hotel. At 9:30 in the morning the prime minister will meet ...
Read more
984

Care for the availability of all thermal power plants (lignite and natural gas) and the provision of the necessary quantities of fuel, respectively, is requested by ...
Read more
ECONOMY

The Hellenic Management Company is considering incentives for the oil companies to proceed with the exploration of hydrocarbons in the areas that had been granted in the previous years ...
Read more
CIVILIZATION

The many women in hip-hop who helped shape culture in the global phenomenon that is today, are praised in a special show of ABC News ...
Read more