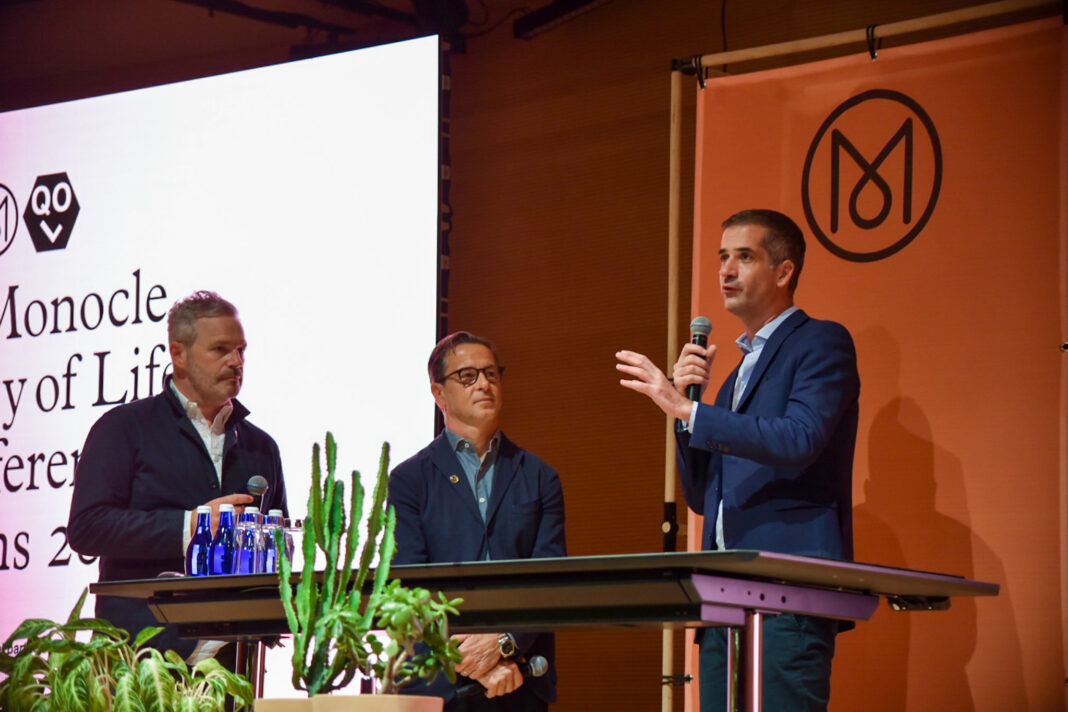 The interest of Monocle magazine is focused in Athens these days, as the international Media, which creates and highlights the global trends in many fields, chose the Greek capital to organize its annual Conference entitled: "Quality of Life" (Conference for Quality of Life).

This development gives a significant impetus to Athens, as in this way the fervent support of Mesos is sealed, with the huge influence worldwide, towards the Greek capital. Athens, through the Conference, emerges as a cosmopolitan center in the Eastern Mediterranean that promotes entrepreneurship, culture and quality of life, sending the message that this is "not only the moment, but also its decade".

The proceedings of the Conference "opened" early in the morning at the Benaki Museum with a brief conversation - on stage - between the Mayor of Athens Costas Bakoyannis, the publisher of Monocle Tyler Brûlée, as well as the director of the magazine Andrew Tuck. Mr. Brûlée, addressing the Mayor of Athens, asked him to broadcast the position of the Greek capital in the world, asking how he could "advertise" Athens to both its visitors and investors. Mr. Bakoyannis replied: "Athens today is a new Athens. Athens was born thousands of years ago, but now it is being born again and despite the difficulties it is a resilient city. A city with 129 neighborhoods, with quality of life, with a sense of community, solidarity and hope and I think that is something very important, especially at this time. "Citizens want to feel comfortable, to feel safe."

The visitor always discovers something new in Athens

Asked by the director of Monocle about the opportunities that the city offers to its visitors, Mr. Bakoyannis stressed: "The visitor always discovers something new in Athens. When you walk in the city, you will quickly realize that it is not just the Acropolis. We are as proud of our glorious heritage as we are of our modern course. Athens is a modern, vibrant, dynamic metropolis and we are very proud of the young people, those who, despite experiencing the financial crisis, are still here. "They are fighting, working and envisioning a better city." 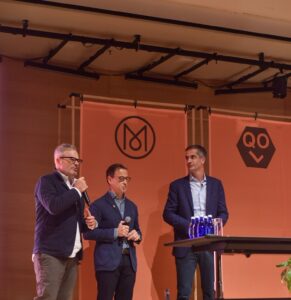 Noting that Athens is "a city on the rise", Monocle executives stress that the choice of the Greek capital, among other things, was made on the grounds that "new businesses are" flourishing "in the city and the art scene is prospering: Factors that have forced the generation of the diaspora with a talent to return to its base together with ambitious entrepreneurs operating abroad ".

The Monocle Conference in Athens is the magazine's 6th in a row, with the previous five being held in Lisbon, Vienna, Berlin, Zurich and Madrid.

The event is organized with the support of the Municipality of Athens through the Development and Tourism Promotion Company (EATA).

The Conference was supported by the Benaki Museum, the Brown Hotels and EMST.