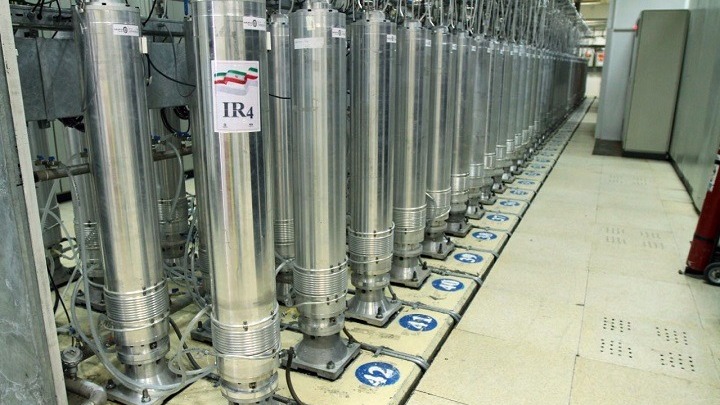 The United States announced today that Iran had given "no indication" during the annual UN General Assembly of the date on which it will return to the negotiating table for the rescue of the 2015 agreement on Iran's nuclear program.

"The window is open, but it will not remain open forever," a senior US official warned on condition of anonymity.

Indirect talks between Washington and Tehran, which began in Vienna in April through Europeans, China and Russia - the other parties to the agreement - were suspended following the election in June of Iran's new president, the ultra-conservative Ebrahim.

"At the moment, there is no clear indication that Iran is ready to return and that it is trying to resolve the outstanding issues," he added.

"Nothing has happened, changed or made us more optimistic," he told the UN.

USA: Reports of shootings in a shopping center in Lancaster

Several patrol cars and ambulances rushed to a mall in Lancaster, Pennsylvania, following reports of gunfire. According to the website LancasterOnline, the ...
Read more
WORLD

The "small" Congress of the Greens today paved the way for the start of formal negotiations for the formation of a government of cooperation with the Social Democratic Party (SPD) ...
Read more
News Bulletin Athens 9.84

The Prime Minister, Kyriakos Mitsotakis, is expected to answer a topical question about the pandemic tomorrow at 10 am. The question was submitted to the Parliament, the leader ...
Read more
WORLD

Haiti: Seventeen members of a mission, including five children, abducted by a gang

Sixteen American citizens and a Canadian, members of the Christian Aid Ministries, were abducted in Haiti on Saturday. According to the announcement of the organization ...
Read more
984

Kamena Vourla: A happy ending to the adventure of a couple who got lost in the mountains

The mountaineering team of the 3th EMAK was looking for more than 7 hours, as well as firefighters from Fthiotida, a couple of English tourists who "disappeared" in ...
Read more