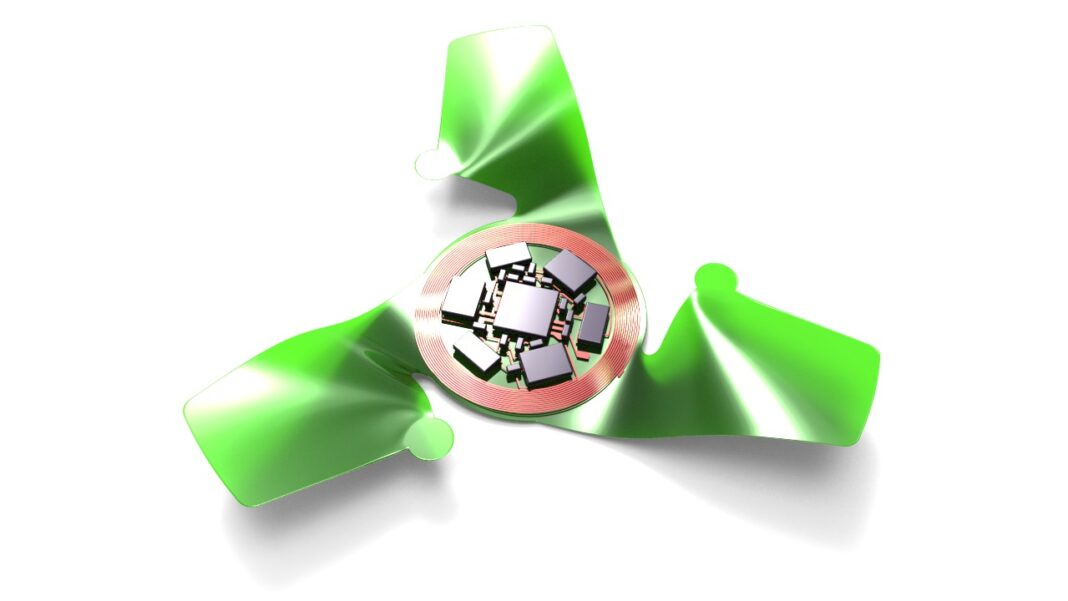 Researchers from the United States, China, South Korea and Britain reduced a chip the size of a grain of sand and added wings, creating the smallest flying human structure to date.

The engineers, led by John Rogers, a professor at the School of Engineering at Northwestern University in Illinois, who published the paper in the journal Nature, believe that in the future such devices (microfliers) will be used for various tasks, such as measuring pollution of the atmosphere and the environment in general, the detection of pathogenic microorganisms in the air, the observations of human movements on the ground, etc.

It is the first tiny flying robot that does not have a mechanical engine, but depends on the air to fly like a helicopter. After all, its creators were inspired by the aerodynamic way in which the seeds of certain plants are diffused by the wind over long distances.

The flying chip - intended to fly with others in a swarm to form a large net - is designed to be released from above (eg from an airplane, helicopter or tall building) and then rotated slowly downwards, interacting with air currents. It can be equipped with sensors, power sources, built-in memory and wireless antennas, so that it can take measurements, store and send data. It is also made of biodegradable materials in nature, in order not to generate electronic waste when it is no longer in operation.