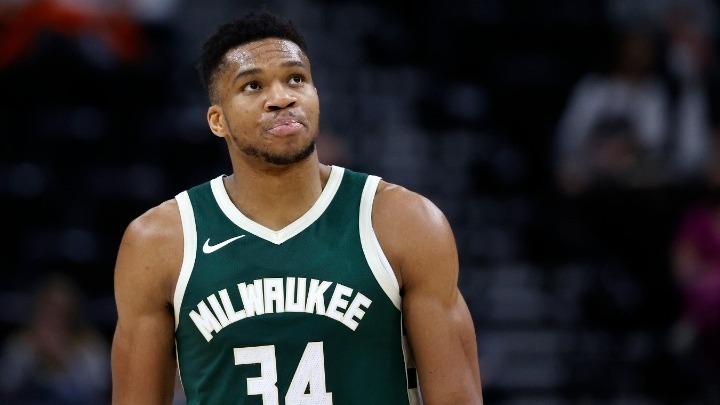 Giannis Antitokoumbo completed last season with the Milwaukee Bucks and MVP of the finals against the Phoenix Suns, making the best year of his career so far.

With the new season approaching, the well-known Sports Illustrated magazine ranked the top ten players just before the start of the league, and "Greek Freak" is in second place on the relevant list.

The only player who is above the Greek forward is Kevin Durand, who returned for good after the very serious injury he suffered two years ago. LeBron James is ranked third.

"The current champion and winner of two of the last three MVPs was the biggest favorite for No. 1 apart from Durand. John is not the definition of scorer but who else can score 30 points every night - and 50 in NBA Finals matches while creating a game for his teammates.

At the same time, he beats his opponents in the transition. "No one else can do this except Giannis", the magazine initially mentions about Giannis and continues:

"He achieved all of the above, without facing a serious injury problem. His ability to come back quickly after his injury (knee extension in the Hawks match) changed the outcome of the playoffs and gave the Bucks a title. That fact must be taken into account. "

Gravina: "Racist fans for life off the pitch"

Racist fans should be banned from the stadiums for life, as stated by the president of the Italian Football Federation (FIGC), Gabriele Gravina, after many ...
Read more
984

"Our positions are identical in condemning the provocative practice and aggressive rhetoric of Turkey", stressed the Prime Minister, Kyriakos Mitsotakis in his statements after ...
Read more
984

The decision to release the goldsmith Patelis was requested by the Prosecutor of the Supreme Court - For appeal?

The decision of the five-member appellate court of Athens, by which the request for suspension of execution of the sentence submitted by the executive was accepted by a majority ...
Read more
WORLD

Poll: The 16-vote majority is rejected by a majority of Germans

Two-thirds of Germans are against the right to vote at 16, rejecting the preliminary decision taken by the parties of the "traffic light" coalition, ...
Read more
984

The revelations that see the light of publicity about the horrible story of the 8-year-old girl in Rhodes and the abuse suffered by a female relative (aunt) cause shock to the public ...
Read more
ECONOMY

OECD: The Greek debt trend until 2060 is favorable

The trend of the Greek debt until 2060 is favorable, despite its increase during the pandemic, according to an OECD study that ...
Read more
News Bulletin Athens 9.84

The strong determination of Greece, Cyprus and Egypt to continue cooperation on issues of mutual interest, enhancing peace, security and stability in ...
Read more

A school with its doors open for all children. The plan of the Municipality of Athens to create the appropriate conditions, which will allow ...
Read more
IT HAPPENS IN ATHENS

Traffic regulations will apply on Wednesday on the Athens-Thessaloniki National Road (A.T.E.) and specifically in the section between the Traganas Interchange (A / K) Traganas and the Interchange ...
Read more
CIVILIZATION