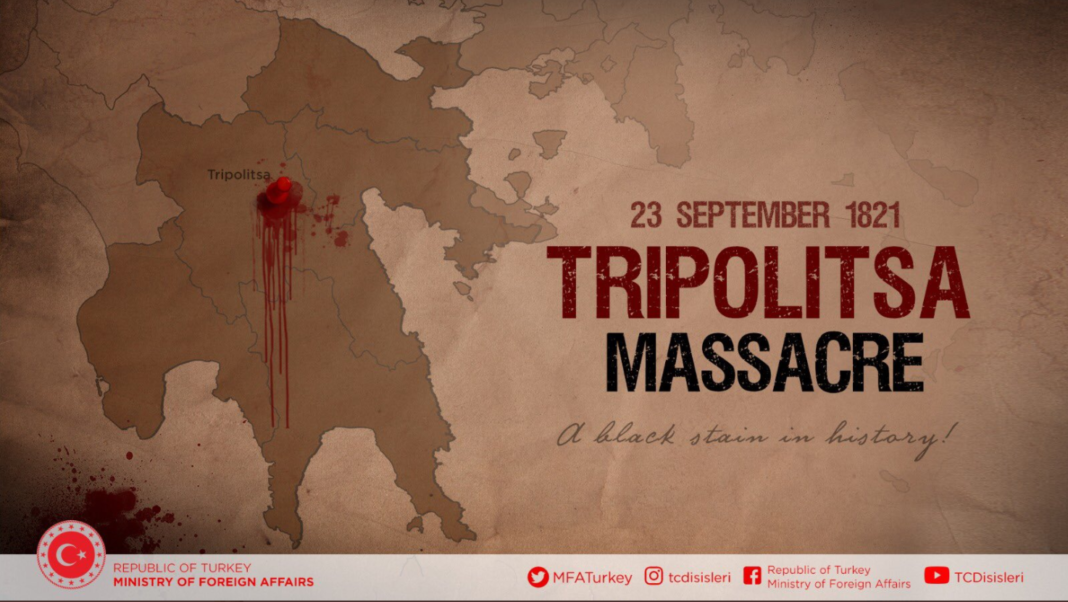 "200 years have passed since tens of thousands of Turks were violently and ruthlessly massacred in Tripoli. "This inhuman massacre was aimed at preventing a single Turk from living in the Peloponnese and that is why it has gone down in history as a black spot," the Turkish Foreign Ministry said in a Twitter post.

In another tweet, the Turkish Foreign Minister raises the tone even more, stating that: "those who make the mistake of teaching others by distorting the historical data at every opportunity, should know that their own atrocities will never expire, and should to face the truth honestly ".

Those who make the mistake of lecturing others by distorting the historical facts at every opportunity should know that their own atrocities will never be lived down, and they should face the truth candidly.

Art Athina returns digitally but also in physical space: through the digital platform Art Athina Virtual 2021 and with the exhibition in ...
Read more
WORLD

The Greens of Germany today officially gave the "green light" for the start of negotiations with the Social Democrats (SPD) and the Free Democrats (FDP) ...
Read more
GREECE

The Prime Minister Kyriakos Mitsotakis tomorrow Monday, at 10:00, will answer the topical question that has been submitted to the Parliament by the leader of the official opposition, Alexis ...
Read more
984

M. Gaga: We lost a third unvaccinated twenty-year-old this week

Mina Gaga announced the loss of another young man from coronavirus. In a message on Facebook, the deputy minister announced that it is ...
Read more
News Bulletin Athens 9.84

1712 new cases of coronavirus are recorded in the current epidemiological report of EODY. Of these, 332 in Attica and 265 in Thessaloniki. 27 more people lost ...
Read more
GREECE

"I want to tell you something and you understand it well. I obey only the institutional decisions of the party in which I participate with the vote ...
Read more