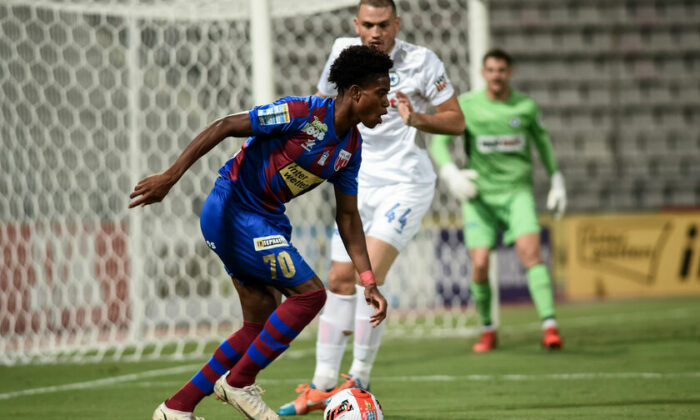 In a match that ended the 3rd game of the Super League, Volos defeated Atromitos 3-0 in Magnesia, remaining only first and undefeated in the standings.

The Voliotes, starring Rosero and Van Weert, continued their frantic course in the championship, being only first at the top of the standings with nine points.

Concern in Atromitos for another bad appearance and defeat, while it is not excluded that coach Angel Lopeth will be a thing of the past and Argyris Giannikis will be hired in his place.

In the 59th minute, the Volos team found the coveted goal with Kevin Rosero taking advantage of Piric's unstable repulse, taking the rebound and opening the score with a cool place.

After the goal of Volos, Atromitos tried to find the answer, but in the 68th minute, the guests could not take advantage of Kleiman's mistake, after the shot attempted by Denic against Grillo's foot and the offensive energy of Atromitos' players stopped.

In the 89th minute, Volos "sealed" the three-pointer of the victory with a well-aimed penalty kick by Van Weert, after Tzilos indicated the white ball after the overthrow of Bartolo by Denic.

In the last minute of the delays, Tereziou, who had just passed the match, gave dimensions of triumph to the victory of Volos, forming the final 3-0.

New Democracy MP Dora Bakoyannis was diagnosed with multiple myeloma. In fact, she made the announcement on her twitter page, writing that ...
Read more
984

The Prime Minister accused Alexis Tsipras for arbitrary comparisons, false conclusions and miserable complaints, adding that there is no ...
Read more
984

Posted by G. Papandreou: The starting point of new games is today's anniversary

The landscape in KINAL remains cloudy as the intention of George Papandreou regarding the possibility of claiming the leadership has not been clarified so far ...
Read more
SPORT CITY

The PSAP continues the mobilizations for the most crucial issue that the footballers face. As the players' union informed, on Wednesday it will ...
Read more
IT HAPPENS IN ATHENS

ELAS is proceeding with traffic regulations on Papanikoli Street, in Chalandri, from today Monday after the subsidence of the road. According to the General Police Directorate ...
Read more
NEWS

Teachers outside the Ministry of Education are protesting against the merger of departments in schools across the country. The teachers ask that there should be no ...
Read more
IT HAPPENS IN ATHENS

The "greening" of the ring, which returns to the life of the Athenians from October 25, will leave several thousand vehicles outside the center of Athens, ...
Read more