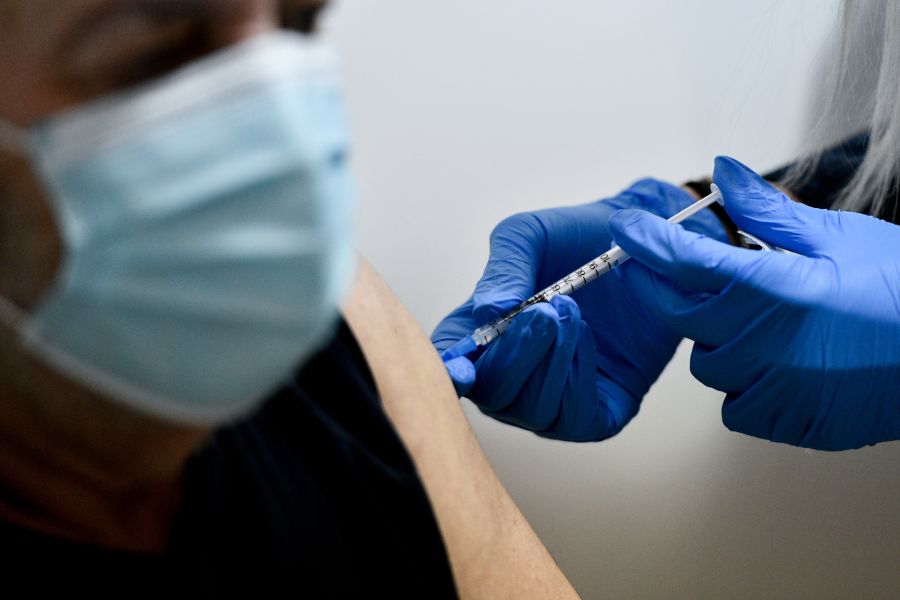 The booster dose can be given six months after the second.

In addition to people at "high risk" of developing severe COVID-19, the FDA has also recommended a third dose for those with "frequent exposure" to SARS-CoV-2, which also places them in the "high-risk" group. risk (manifestation) of serious complications "of the disease, he said in the press release he published.

The Advisory Committee of the Centers for Disease Control and Prevention (CDC) is expected to vote today and approve the third tranche.

The government of President Joe Biden announced in August that it intends to begin providing aid to Americans 16 years of age and older this week, following approval by the FDA and CDC.

The FDA may soon consider giving boosters to the general public, but top officials are divided on the issue, with transitional leader Janet Woodcock in favor, but scientists say current scientific evidence is not necessary.

Some countries, such as Israel and Britain, have already begun to provide aid. The United States approved booster doses for immunocompromised patients last month, and more than 2 million people have already taken them, according to the CDC.

A group of people has stopped the traffic on Attiki Odos in the current to Elefsina at the height of Aspropyrgos at the Magoula junction ...
Read more
GREECE

The Minister of Shipping and Island Policy spoke about the ever-increasing Turkish provocation and the management of the immigration issue by our country ...
Read more
GREECE

Mr. Mitsotakis will pay a two-day official visit to Saudi Arabia from tomorrow

Prime Minister Kyriakos Mitsotakis will leave for an official two-day visit to Saudi Arabia. On Monday, the Prime Minister will participate in the Summit of the "Middle ...
Read more
IT HAPPENS IN ATHENS

The interstate agreement between Egypt and Cyprus for the avoidance of double taxation was ratified by Egyptian President Abdel Fattah al-Sisi, which was published in the newspaper ...
Read more
IT HAPPENS IN ATHENS