K. Mitsotakis: Resolving the Cyprus issue in the context of the binding resolutions of the UN Security Council 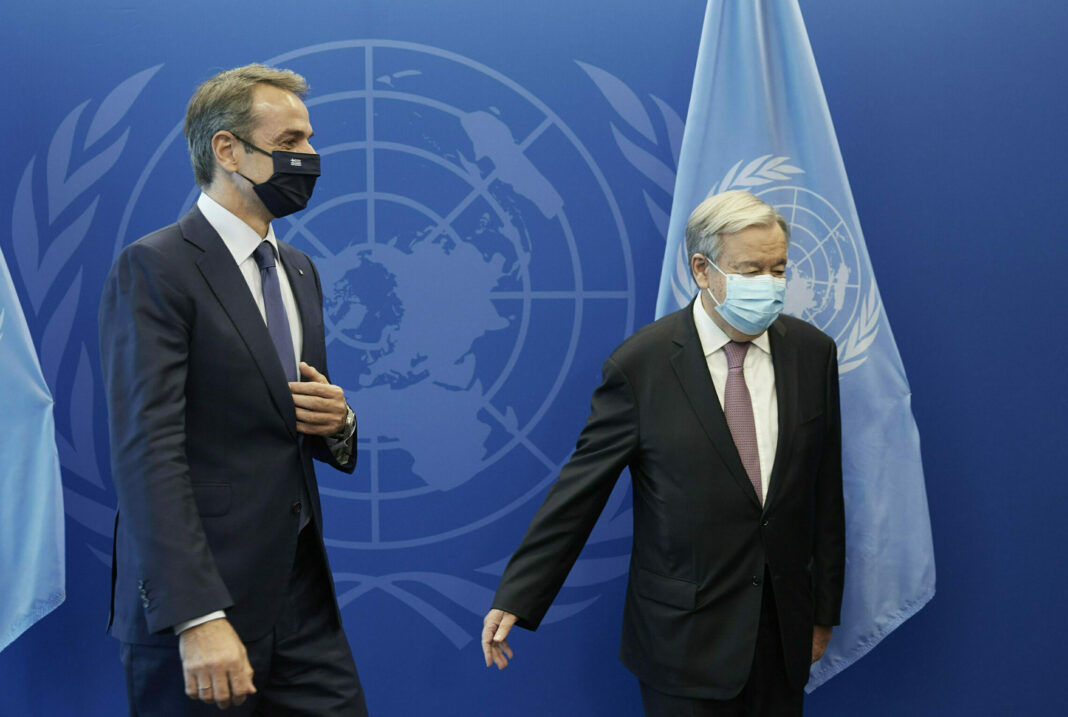 The Cyprus issue, the situation in the Eastern Mediterranean and the initiatives taken by Greece to move towards a green economy, which are in line with the UN objectives for the protection of the environment and the climate, were at the center of tonight's meeting. Prime Minister Kyriakos Mitsotakis with UN Secretary General Antonio Guterres in New York.

Mr. Mitsotakis presented the Turkish delinquency against the sovereign rights of our country and noted that Greece is a staunch supporter of peace, stability and multilateral cooperation in the Eastern Mediterranean, on the basis of International Law, the UN Convention on the Rule of Law. (UNCLOS) and Good Neighborhood Authorities.

He also stressed that proposals moving in a different direction could not be accepted as a basis for discussion and were therefore rejected.

During the meeting, the developments in Libya were also discussed and the Greek Prime Minister expressed our country's support for the efforts of the United Nations to hold free elections in due time, as well as the withdrawal of all foreign forces from Libya.

Regarding immigration, he stressed that Greece has lifted a lot of weight, while he made special reference to the hospitality that our country provides to those who are entitled to international protection and especially to vulnerable groups, such as unaccompanied minors.

Finally, Mr. Mitsotakis expressed Greece's support for the Secretary General's efforts to address the climate crisis, noting that environmental protection is a central axis of the Greek government's policy.