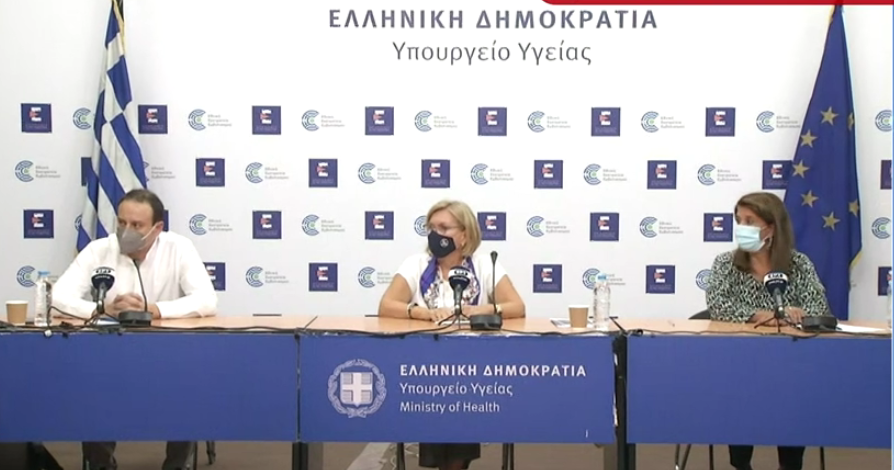 "There is an increasing trend in Thessaloniki and throughout Northern Greece," said Ms. Gaga, while Professor Vana Papaevangelou stressed that in Thessaloniki there is an increase in the epidemiological burden and more than double the number of cases, while Kozani shows an increase of 60% and Xanthi doubles the number of cases. We also have a 40% increase in Drama, Evros and Pieria. "Imports to Northern Greece are more than exports," he noted. 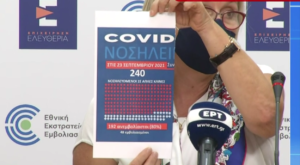 Deputy Health Minister Mina Gaga showed two characteristic charts for inpatients and ICUs, which show that the majority of patients are unvaccinated.

The professor spoke of a "pandemic of the unvaccinated", noting that the Delta mutation is hitting even younger ages.

Referring to the data of the pandemic, Ms. Papaevangelou explained how one in three cases concerns children under 18 years of age, while emphasizing that there is de-escalation in the NSS. "The pandemic is stabilizing.

The average age of new cases is 34 years and 20.000 are active cases in the country, "he said, stressing:" Domestic transmission and transmission at events prevail. The dispersion in the workplaces is smaller ". 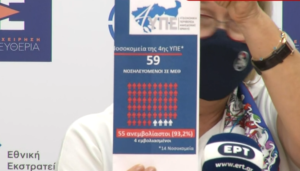 "It is gratifying that the vaccination of adolescents is progressing," he said, adding that about 160.000 children aged 12-17 have been vaccinated with at least one dose. He reiterated his call for the faithful application of self-diagnosis rules to reduce cases in the school community.
Referring to the two sections in Sykies, Thessaloniki, which were closed due to coronavirus, she pointed out that "this area has a particularly high epidemiological burden, with a positivity of 5,4%, more than double the average throughout the country."
Research from the US shows that most of the children who became ill were unvaccinated children of unvaccinated parents.