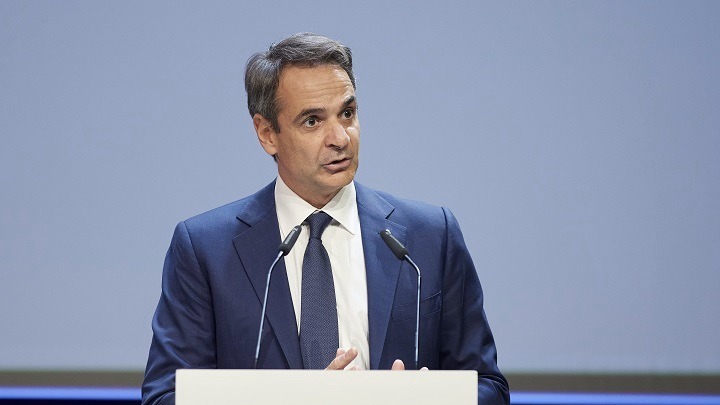 "Intensify our efforts to expand access to safe and effective vaccines everywhere," said Prime Minister Kyriakos Mitsotakis in a message to a digital conference on the pandemic organized by the President of the United States on the sidelines of the UN General Assembly. .

After pointing out that "the less privileged before the pandemic have suffered the heaviest consequences of it", the prime minister said that "if we want to minimize the effects of the pandemic in the coming years, intergovernmental organizations, governments and the pharmaceutical industry must now lead it. promoting coordinated action on access and equity in vaccination worldwide in the coming months ”.

Mr. Mitsotakis said he was proud of the role that Greece has already played in the international effort to build a global "wall of immunity", saying that "from Ukraine to Rwanda, from Libya to Jordan, we have donated 1,3 million vaccine doses so far and another 1 million doses in the coming weeks ”.

"We did it either bilaterally or through the COVAX mechanism, and in the coming months we plan to deliver 3 million extra doses," he said, adding that he was proud of the efforts of our scientists, doctors, engineers and innovators. -not only in the daily battle against Covid-19 in Greece- but for their voluntary contribution all over the world. ”

As the Prime Minister stressed, "if this health crisis has taught us anything, it is that in today's interconnected world we can not act alone."

"Only if we learn from the experience of the last 18 months, if we work together, if we take initiatives now, will we be able to better prepare for tomorrow's challenges, challenges that we can no longer face alone," he added.

Finally, he pointed out that "as a global community we have suffered great losses from the pandemic, but we have also achieved new" peaks "in the fields of research, development and scientific achievements."

"Today - more than ever - we must continue to work together in this direction, in order to meet this challenge and better prepare for the next one: strengthening global governance on health, transparency and accountability, doing more "smart investments and building the resilient health systems of the future," the prime minister concluded.

Fire in a car yard in Maroussi

Fire in a car yard on Megalou Alexandrou Street in Maroussi. 12 firefighters are operating with 4 vehicles and a special ladder vehicle. # Fire in a car pen on ...
Read more
984

An investigation into what exactly happened in the chase with shootings in Perama, which resulted in the death of a 20-year-old, is being carried out by ELAS, while ...
Read more
IT HAPPENS IN ATHENS

For many years, the cleaning policy applied in Athens did not have the expected results. Any cleaning intervention was fragmentary and limited to its points ...
Read more
GREECE

Heraklion: Arrest of a foreigner who illegally possessed tobacco products

A foreigner accused of violating the law was arrested on Saturday night in Heraklion, by police officers of the Two-wheeled Police Team of the Heraklion Immediate Action Department ...
Read more
GREECE

Thessaloniki: For excessive speed the 491 confirmed violations in the last 24 hours, in a total of 1.355

The violations that were confirmed in the last 1.300 hours in the context of the 24 vehicle inspections that took place in Imathia, Kilkis, Pella, ... amount to more than 4.235.
Read more