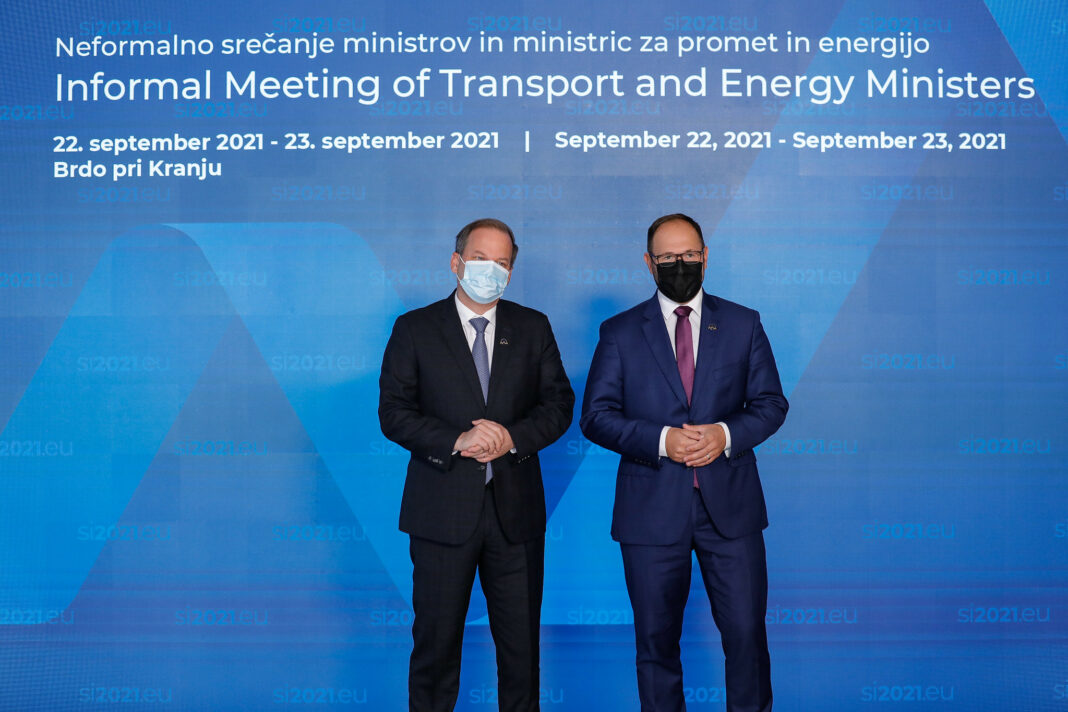 The Minister of Infrastructure and Transport, Costas Karamanlis, presented his positions on the draft of the new European Regulation for the Development of Alternative Fuels Infrastructure during the Informal Council of Ministers of Transport of the European Union, in Slovenia.

During his speech, Mr. Karamanlis stressed that "with environmental sensitivity and concern for the future, it is clear that the development of alternative fuel infrastructures and, more broadly, alternative energy technologies for transport is a one-way street. In each case, they have seized it, despite obstacles we can scarcely imagine. "

The Minister of Infrastructure and Transport gave special emphasis to the Greek highways, noting that the cooperation between the private and public sectors along the Greek highways, which are part of the Trans-European Transport Network (TEN-T), gave the maximum in this area. Today, we are pleased to say that there are already several points with charging infrastructure installed. This will continue. However, it cannot be taken for granted in all EU countries and therefore there should be central coordination on the part of the EU to simplify procedures in matters of state aid, pricing, interoperability and financing, in order to develop a balanced market and to satisfy the seamless interconnection between the countries ".

On the sidelines of the Informal Council of Transport Ministers, a special session - discussion was organized on the current review of the Trans-European Transport Network (TEN-T), in relation to the EU environmental targeting, but also the fulfillment of the goals for smart and sustainable mobility, at the initiative of Transport Commissioner Adina Valean.

Mr. Karamanlis underlined that "the current revision of the TEN-T is an opportunity to fulfill individual EU policies to improve the environmental footprint of transport, digitization and the transition to smart mobility. In this direction, the railway holds an important position, since in fact the main question is how we will be able to make the turn from the road, to more environmentally friendly means of transport. This means investments for the improvement of the technical characteristics of the network, for the intelligent systems such as ERTMS (European Railway Traffic Management System), for the extensions and the transnational initiatives, with the cooperation of Public-Private sector, as well as the European Co-financing ".

The Minister of Infrastructure and Transport noted that "for Greece, key priorities in the current review of TEN-T is the inclusion of the Port of Alexandroupolis in TEN-T, as it is an energy hub, hub of military importance and a port where its political use contributes to lifting the isolation of remote island areas. At the same time, it is a strategic point for the connection of the country with important ports through the Sea2Sea corridor.
In the same direction, the priority is the completion and improvement of important parts of the railway backbone of the country, PATHE / P. After all, Greece, at an intensive pace, has prepared and is gradually announcing a new generation of railway projects, amounting to over 3,5 billion euros, which will change the shape of the country's network.

A woman lost her life in the severe wave of bad weather that is hitting Sicily during these hours. The victim tried to get out of ...
Read more
SPORT CITY

Panathinaikos: Problems in the calf for White

A new problem arose in Panathinaikos in view of the match with Efes Anantolou tomorrow in OAKA for the 6th match of the Euroleague. Specifically, Okaro White ...
Read more
GREECE

D. Tzanakopoulos: To bring justice for the death of the 18-year-old by police fire

"Let the interventions in justice stop immediately, let this operation of concealment, lies, slander, racist speech, which has been mobilized by an entire ...
Read more
PRESS RELEASES

Kelly Bourdara and Ioannis Tzamtzis on the show "Public and Private"

On Sunday, October 31, at 7 pm, guests of the show "Public and Private" is Kelly Bourdara, Emeritus Professor of History of the Greek ...
Read more
IT HAPPENS IN ATHENS

The weekends of November and December combine the creation with the fun in the Creative Learning Centers of the Organization of Culture, Sports and Youth of ...
Read more
SPORT CITY

With a goal by Nikas in the 7th minute of the delays, Levadiakos prevailed 1-0 over Asteras Tripolis and got the ticket for the phase of ...
Read more
News Bulletin Athens 9.84

The student parades for the national anniversary of October 28 in the prefectures of Drama, Kavala, Xanthi, Rodopi, Evros, Pella, Imathia and Pieria are canceled, as well as ...
Read more