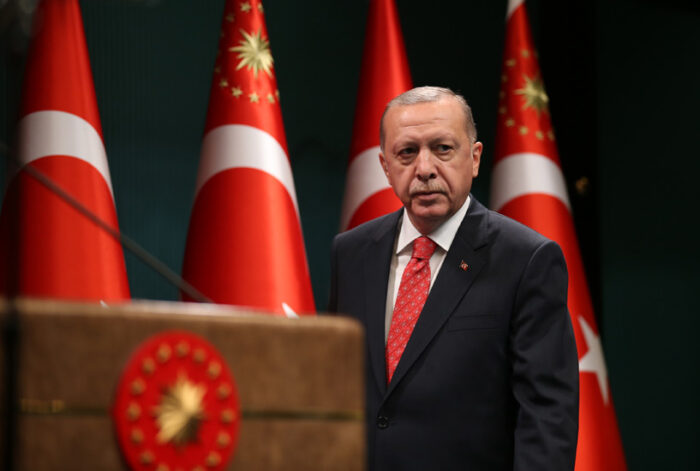 Turkish President Recep Tayyip Erdogan said today that Turkey's ties with the United States are not healthy and that Washington must "settle" the issues that have arisen over Ankara's purchase of the Russian S-400 defense system. the Turkish television network Haberturk.

Ties between the two NATO allies were strained when Washington imposed sanctions on Turkey's defense industry over the S-400s. It also expelled Ankara from its F-35 jet program, under which it was a buyer and manufacturer.

"I can not say that a healthy process governs Turkish-American relations σαμε We bought F-35s, paid $ 1,4 billion and these F-35s were not given to us. "The United States must resolve this issue first," Erdogan told reporters after attending the UN General Assembly in New York.

"For us, the case of the (Russian) S-400 missiles has been settled. It is not possible to go back. The US must understand this (…). "We, as Turkey, are honest, but unfortunately the United States was not and is not," he continued.

The Turkish president pointed out that Ankara will meet its defense needs elsewhere, if Washington does not help.

"We are moving forward (…). We will knock on other doors ":" Turkey is buying everything it needs for its defense ".

The two countries should work together as friends, but "the current direction does not bode well," Erdogan said, adding that he and US President Joe Biden "did not start well."

INSTRUMENTS: Employers will state if unvaccinated workers have been tested

On Tuesday the 26th of the month, the submission of a responsible statement by the employers to the ERGANI system begins, regarding the observance of the obligation to submit the ...
Read more
News Bulletin Athens 9.84

"Turkey has to choose between two paths: the path of sincere cooperation under international law or unilateral provocation. The Conclusions ...
Read more
GREECE

From October 25 to November 5, eligible students will be able to submit their applications for transfers, as announced ...
Read more

The Ministry of Citizen Protection issued a detailed guide with 12 answers for the launch of the ring from Monday in the center of Athens. THE...
Read more
IT HAPPENS IN ATHENS