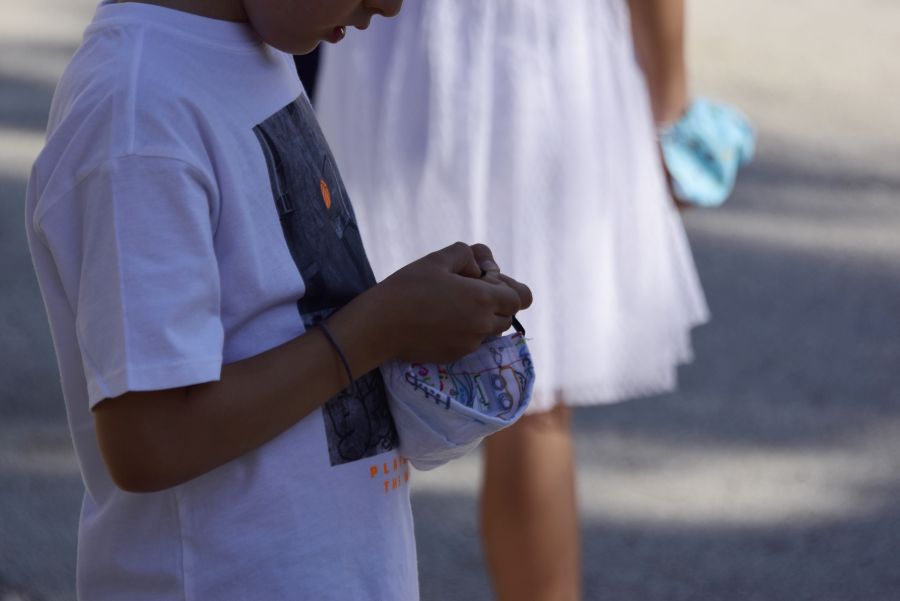 The number of cases of coronavirus in the student community is causing concern and obvious concern to the leadership of the Ministry of Health. According to the official data of EODY, in the last quarter there has been a large increase in infections in children from 4 to 18 years old.

The reason, according to the scientists, on the one hand is the highly contagious "Delta" mutation and on the other hand the high percentage of vaccinations at older ages.

EODY provided for the first time detailed data on the spread of coronavirus cases between 4 and 18 years old, which revealed that in the last week 3.559 new diagnoses concerned this age group, ie 24% of all infections.

The spread in the age group of children and adolescents thus shows an increase of 14%, compared to last week.

Pediatricians expect a further increase in cases in children, both because of the many tests performed in schools and because of the increased mobility with the opening of lifelong learning.

In fact, if this increase becomes large, it is possible that there will be a revision of the epidemiological protocols in force in schools today.

The average number of coronavirus cases in the age group of 4-18 years was higher at the beginning of August and the explanation, the experts emphasize, is that we had fewer vaccinations. Today the vaccination coverage is 28,7% for adolescents aged 15-17 and at 15,7% for children 12-14 years old.

The increase in infections in Thessaloniki could not but be reflected epidemiologically in the pediatric population, which remains largely unvaccinated and unprotected from the coronavirus. Scattering of cases was detected at the 10th Primary School of Neapolis Sykeon, while at the Hippocratic Hospital eight children are being treated for the first time throughout the pandemic.

As shown on the relevant page of the Ministry of Education, sections B2 and C2 of the 10th Primary School of Neapolis - Sykeon in Thessaloniki, were suspended until September 30.

Finally, it is noted that high on the agenda of the political leadership of the Ministry of Health, which visited the co-capital yesterday, was the issue of further shielding of the health system in Northern Greece, in terms of pediatric care. Xanthi, Drama and Kastoria are flirting to exhaust efforts to raise vaccination rates before we reach restrictive measures,

Suspended due to the detection of many cases  two sections of the 10th Primary School which belongs to the geographical boundaries of Municipality of Neapolis - Sykeon in Thessaloniki. The courses will continue with the e-learning system.

The Ministry of Health of Turkey announced yesterday Sunday that in the previous 24 hours 24.792 cases of SARS-CoV-2 were confirmed after 338.536 tests, with the ...
Read more
WORLD

The ring returns from tomorrow, the rotating traffic of the monasteries - even vehicles, in the center of Athens. On the Platform of Digital Services of the Municipality ...
Read more