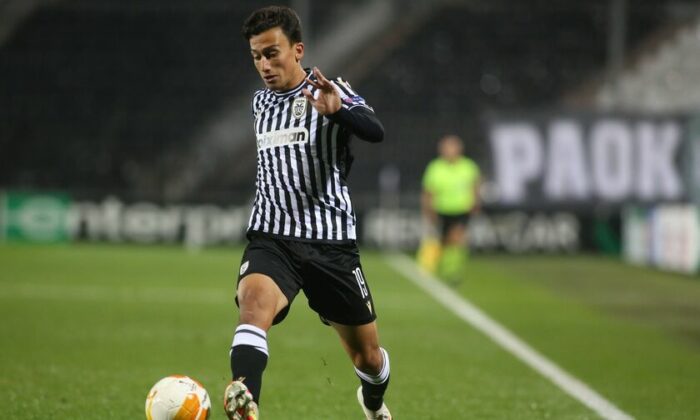 Lefteris Lyratzis officially renewed his cooperation contract with PAOK until the summer of 2025.

With PAOK, it counts only 17 participations at a professional level. A child of the "black and white" academies and originally from Lydia Kavala, Lefteris Lyratzis, will remain dressed in "black and white" until the summer of 2025.

The renewal of his contract was ratified with the official announcement of PAOK FC, where he states:

The extension of the contract for a footballer who has not taken a single minute of participation in the eight games of "Dikefalos" this year is a suggestion of Razvan Lutsescu himself, who was positive about the renewal of the cooperation, explaining to the young Greek defender the development plan its in season.

Who is Lyratzis?
The "black and white" PAE quotes the "who is who" by Lefteris Lyratzis noting:

"He can't think about what else he could do. It never bothered him, perhaps because it was prescribed - "and not just because my father was a footballer."

Lefteris Lyratzis's abilities and talents, evident from a very young age, especially from the age of 12, when he came to PAOK, can be assured by his coaches at PAOK Academy. He just consistently confirms them.