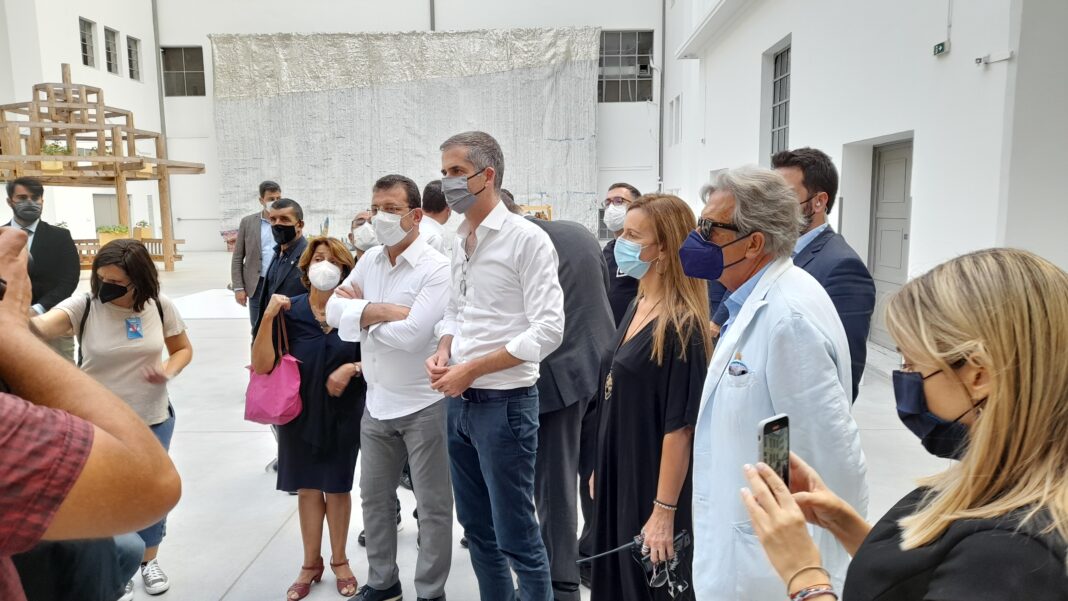 The mayor of Istanbul, Ekrem Imamoglou, is leaving Athens impressed as today, the last day of his stay in the capital, he was guided by the mayor of Athens, Costas Bakogiannis, to historical sights of the city, while he also tasted the traditional Greek cuisine. The next stop of the Turkish mayor was Lycabettus. There, Costas Bakoyannis offered him a meal, the menu of which included exclusively traditional Greek recipes, about which Mr. Imamoglou had only good words to say.
Then the two mayors went to the old tobacco factory on Lenorman Street, which since last June has been operating as a modern showroom on behalf of the Culture and Sports Organization of the Municipality of Athens. In an area of ​​3.500 sq.m. young artists from all over the world exhibit their creations creating a special cradle of culture in the heart of the Basin. These days and until December, the exhibition "Doors" is hosted, it is open to the public and of course without a ticket.

The program of the tour was completed with a visit to the Municipal Gallery in Avdi Square, in Metaxourgio, while a few hours before leaving for Istanbul, Mr. Imamoglou and Mr. Bakoyannis walked on Ermou Street. At 9:30 pm Mr. Imamoglou left Athens impressed by the sights, the hospitality offered to him by Mr. Bakoyannis who now calls them a friend like the mayor of Athens from the first moment they met. 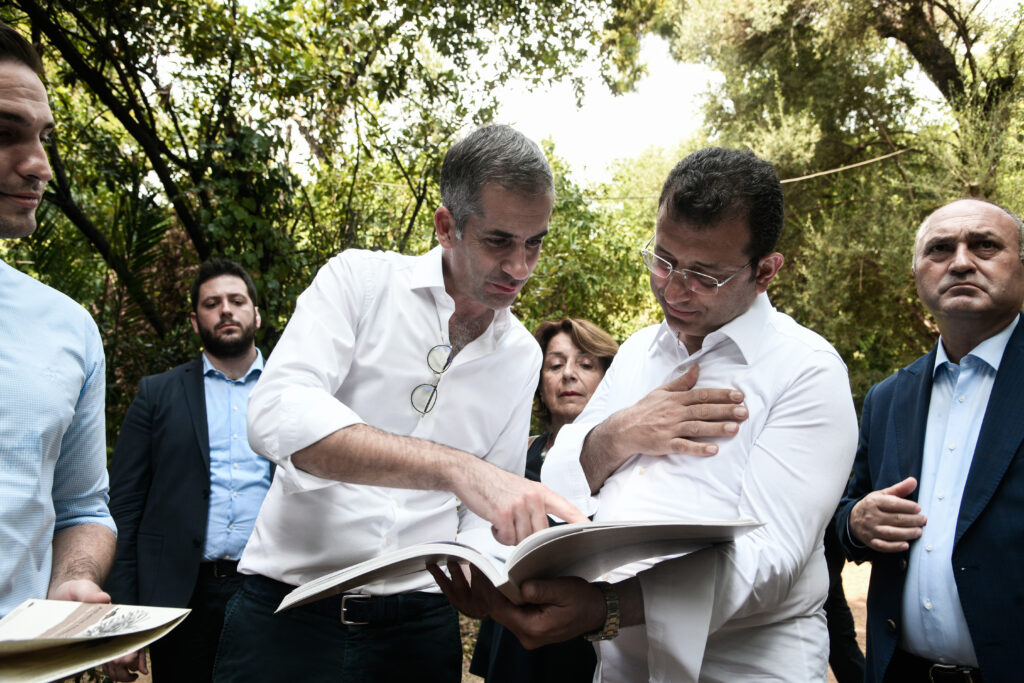 Ekrem Imamoglou's visit to Athens brought political gains to both him and Costas Bakoyannis and the government. The mayor of Istanbul today in Turkey is considered the awe-inspiring rival of Tayyip Erdogan, with whom he has clashed several times politically as he shows that he has completely different views on many of the issues that concern the neighboring country.
For his part, the mayor of Athens exercised the famous diplomacy of the cities, which in the past has proven to be very effective when coordinated by the Local Government in order to have claims from the respective central government. After all, it is not uncommon for mayors of capitals to be the first to be called upon to pursue foreign policy, "paving the way" for their governments, as is the case with the mayor of Skopje.