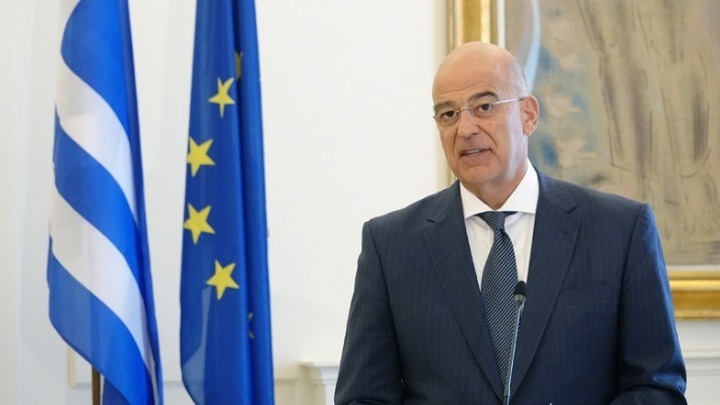 The need for the international community to be vigilant due to the deteriorating situation in Afghanistan was pointed out by Foreign Minister Nikos Dendias during a closed meeting held for Afghanistan with the participation of neighboring countries and European countries.

According to diplomatic sources, Mr. Dendias underlined the protection of human rights, with particular emphasis on the rights related to the protection of women and girls. For this reason, he argued that these rights should be in the focus of the attention of the international community, which should make a concerted and effective effort to ensure their protection.

In addition, he stressed that special emphasis should be placed on the protection of journalists and respect for freedom of expression.

The second part of the Foreign Minister's intervention covered the wider geopolitical implications of the crisis in Afghanistan, which are related to global security and stability.

Therefore, Mr. Dendias argued that EU cooperation with Afghanistan's neighbors should be improved in order to avoid the scenario of a recurrence of mass migration flows and that there should be no new migration tools from third countries their political agenda.

The bill of the Ministry of Development and Investments for the reform of the regulatory framework for the operation of the people was accepted by a majority on its principle ...
Read more
PRESS RELEASES

The Supreme Court is examining an appeal in the decision to release George Patelis, chief of staff of Nice of Golden Dawn with involvement in the murder of Pavlos Fyssas, ...
Read more
IT HAPPENS IN ATHENS

The submission of the options to be prepared by the European External Action Service and the Commission under the instructions of the High Representative Mr. Borrell with ...
Read more