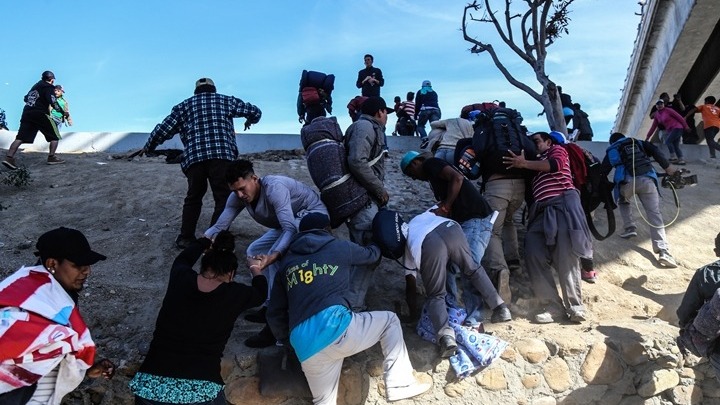 The mass deportation of Haitians by US authorities, without first considering whether they need international protection, may be contrary to international law and a forced return, the head of the United Nations High Commissioner for Refugees (UNHCR), Fili, said on Tuesday. Grandi.

Mr Grady urged the administration of US President Joe Biden to lift a restrictive public health measure that went into effect in March 2020, noting that "most people arriving at the southern border of the United States opportunity to seek asylum ".

"The mass deportation of people under summary procedure" under this measure, "without first considering whether they need protection, is not in line with international rules and may constitute deportation," said the head of the Geneva-based commission. This is the strictest announcement of the UN service since the current crisis.

Filippo Grady said he was shocked by images of "miserable conditions" under a road bridge in the city of Del Rio, Texas, where nearly 15.000 Haitians who had fled Latin America had camped, hoping to be allowed to seek asylum in the US.

This camp under the bridge over the Rio Grande River, on the US-Mexico border, has in recent days become the focus of Washington's efforts to stem the flow of migrants fleeing to escape extreme violence. the misery or natural disasters in their homelands.

Both the UNHCR and the United Nations High Commissioner for Human Rights had already expressed concern about the treatment of Haitians earlier.

"We are shocked by the images we have seen and the fact that we have seen all these refugees and asylum seekers being transported to Port-au-Prince," Martha Ortado, a spokeswoman for the UN High Commissioner for Human Rights, told reporters. in Geneva.

"We are deeply concerned that there appears to have been no examination of the cases (…) and as a result some of these people may not have received the protection they needed," Ms Ortado added.

US President Joe Biden was pressured on Tuesday to stop the expulsion of Haitian asylum seekers from the camp. Aside from concerns about their safety, images of American cavalry officers using their horse bridles as whips as they apprehended immigrants caused a stir.

The measure referred to in Mr. Grady's announcement, the so-called Title 42, relates to a mandate from the Centers for Disease Control and Prevention (CDC) to prevent the spread of the new coronavirus.

Several hundred people were evacuated to Haiti from Del Rio on Sunday. Thousands more have been taken into custody to verify their identities, and several more flights were expected to take place yesterday, according to Alejandro Mallorca, the US Secretary of Homeland Security.

"Although some of the people arriving at the border may not be refugees, anyone (…) who has a well-founded fear of being persecuted in their home country should be able to apply for asylum and have their application examined before being deported or "UNHCR spokeswoman Sambia Mantou said during a press conference in Geneva.

From the hands of the gold medalist of Tokyo in rowing Stefanos Duskou, the altar on the Acropolis was lit with the symbol of Olympism sending ...
Read more
COVID-19

South Africa, which was struggling to secure enough vaccines for Covid-19 to cover its 59 million inhabitants, turned down ...
Read more
ECONOMY

The European Commission wants to simplify fiscal rules for EU countries after taking record loans during the pandemic ...
Read more