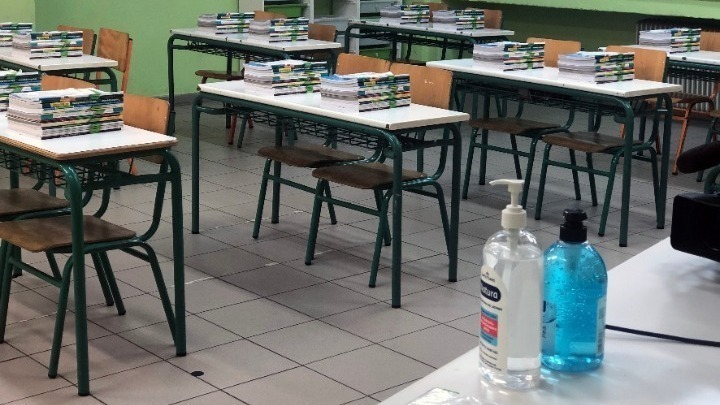 The attitude of parents and students in many primary and secondary schools, who refuse to comply with the law that provides for the compulsory use of the mask in education and conducting self-tests, as a preventive measure to prevent its spread, is developing into a difficult "puzzle" for the government. virus.

The immediate change of the legal framework to the stricter one, for those parents who urge or force their children not to apply the preventive measures to limit the coronavirus in schools, is demanded by the majority of parents whose children go to the same schools.

Most parents, according to a report from 9.84, state that this situation and the tricks in schools with negative parents, has been observed since last school year and the problem simply came to the surface again.

Most parents of students in schools condemn the negative attitude, noting that "the majority can not be held hostage to the few and their recklessness to treat the issue as a responsibility to society as a whole."
At the same time, the majority considers "extremely unacceptable action of the negative parents who choose to sue teachers and professors who are called to apply the law and the instructions of scientists."