Lava rivers flow from the volcano in the Canary Islands 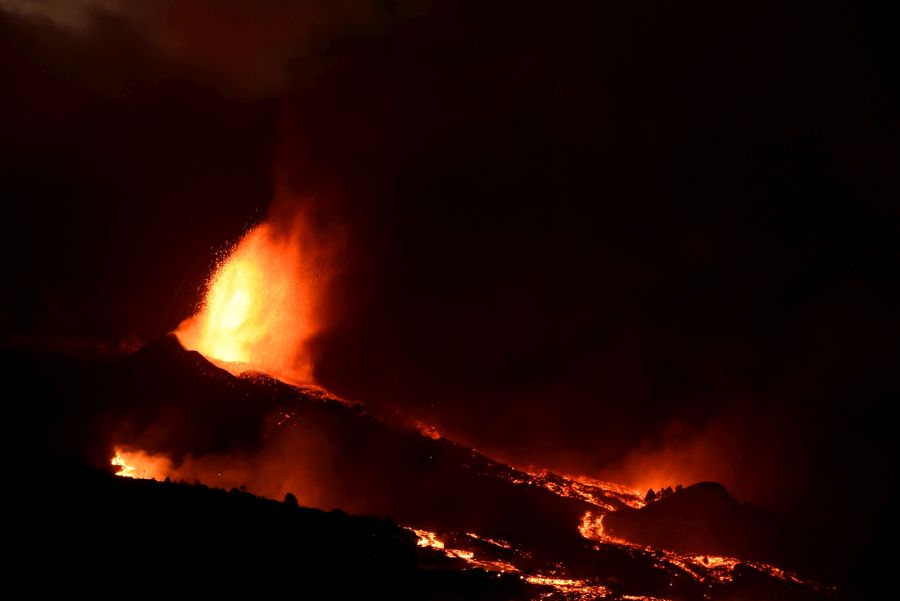 The lava from the first eruption of a land volcano in the Canary Islands in the last 50 years has forced the authorities to evacuate another part of the municipality of El Paso on the island of La Palma and ask those who want to see the phenomenon up close to avoid the area.

Residents of the Takade Alto district were evacuated from their homes late yesterday and early today after lava began to flow from another crevice on the slope of the Kubre Viejo volcano, El Paso Mayor Sergio Rodriguez told state-run TVE.

"The lava flowing into the sea is a bit unpredictable and has been diverted from its course," Rodriguez said.

About 6.000 of the 80.000 people living on the island have been forced to flee their homes so far to escape the volcano's eruption, according to TVE.

The volcano erupted on Sunday, after La Palma, the most northwestern island in the Canary archipelago, was shaken by thousands of tremors in the previous days. Lava erupted at a height of hundreds of meters into the air, burning forest areas while rivers of molten rock moved towards the ocean in a sparsely populated area of ​​the island.

No injuries were reported but drone images showed two rivers of black lava leaving devastated land behind as they moved from the west side of the volcano to the sea.

Experts say that if and when the lava reaches the sea, it could cause more explosions and clouds of toxic gases.

Port authorities have cordoned off a two-nautical-mile sea area as a precautionary measure to "prevent strangers and gases from affecting people," council chief Mariano Hernandez told Cadena SER radio station. He asked those interested in the natural phenomenon to avoid approaching the area.

The lava river was originally expected to reach the shore last night, but its speed has slowed in recent hours.

An eyewitness to Reuters saw a river of molten rock slowly swallowing a house in the village of Los Cabitos and its interior catching fire with flames coming out of windows and roofs.

As of this morning, the lava had covered 1.030 acres and destroyed 166 homes, according to data released by the European Union's Copernicus emergency management system.

Emergency management services have said residents should not be afraid for their safety as long as they follow the authorities' recommendations.

The death toll from a new coronavirus pandemic in Israel topped 8.000 on Monday. The Ministry of Health announced that on ...
Read more
WORLD