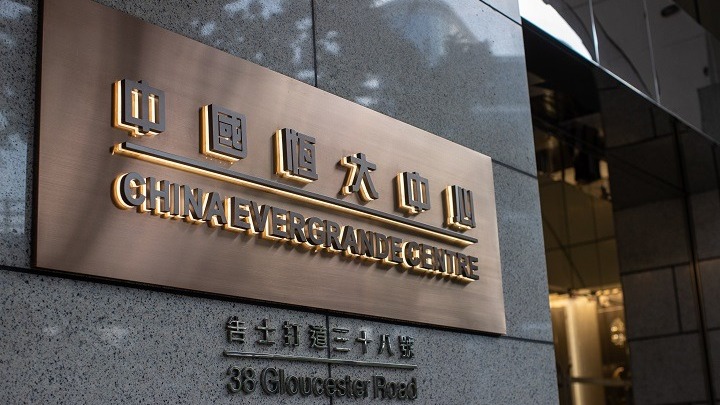 International markets are under pressure and shares on the New York Stock Exchange are falling, with the Nasdaq index losing more than 3% as concerns grow on the one hand about the pace of economic growth in the US and on the other hand about the possible spread of Chinese problems. Evergrande real estate.

Investors also appear nervous ahead of this week's meeting of the Federal Reserve, which will set its future policy.

Concerns about a possible Evergrande bankruptcy appear to be affecting the market more broadly. The S&P 500 index also fell 4,8% from the high recorded on September 2.

"Today the market is falling due to the threat of transmitting the crisis in the Chinese real estate market, despite the many good news recently about Covid-19," explained Jake Dolarhaid, CEO of Longbow Asset Management in Tulsa, Oklahoma.

Evergrande is currently facing a debt of 260 billion euros. "Fear of bankruptcy fuels fears that it will evolve into a new Lehman Brothers," said Michael Husson, an analyst at CMC Markets, referring to the US bank whose collapse caused the 2007-8 crisis.

The Chinese economy has already shown many signs of decline in recent weeks, both in consumption and production. "Any slowdown in the Chinese economy would have a significant impact on the demand for raw materials, as China is the world's largest consumer of many metals and minerals," said Ras Mold, chief investment officer at AJ Bell.

Family lawyers Fyssa for release Pateli: The likes are not hidden

"The sympathies are not hidden" comment the advocates of the Fyssa family for the release of the chief of the Golden Dawn, George Patelis, who just served ...
Read more
GREECE

Today, 3 million euros are credited to 645 earthquake victims in Crete

The Ministry of Finance is proceeding today with the second payment of compensations to the beneficiaries of State Aid. 645 victims of the earthquake of September 27 in the Region of ...
Read more
CIVILIZATION

"Riddles for Athens": Presentation of the new edition of PIOP

More than 85% de-escalation in outstanding pensions, health, legal and engineering

An escalation of more than 85% is recorded in the outstanding pensions of the health (TSAY), the legal (TAN) and the engineering (TSMEDE), according to the data presented ...
Read more
ECONOMY

OAED: The tables of the Book Purchase Issuance Program 2021 have been posted

The final lists of Beneficiaries, Excluded and Providers of Bookstores-Publishers of the Book Purchase Program for the year 2021 were posted today, on the OAED website www.oaed.gr The ...
Read more
GREECE

The bill for the popular markets, a point of friction between the government and the opposition

In the midst of intense controversies between the government and the opposition, the drafting of the bill of the Ministry of Development and Investments began in the Production and Trade Committee of the Parliament ...
Read more
984

Theodoridou: Children contribute to the creation of new mutations

The viral load of coronavirus in children is not higher but it is not inferior to adults, said on Monday afternoon the professor of Pediatrics ...
Read more

Criticism in the municipal authority for the recent floods in neighborhoods of Athens caused by "Balos", was exercised by the opposition parties at the meeting of ...
Read more
IT HAPPENS IN ATHENS

ELAS is proceeding with traffic regulations on Papanikoli Street, in Chalandri, from today Monday after the subsidence of the road. According to the General Police Directorate ...
Read more