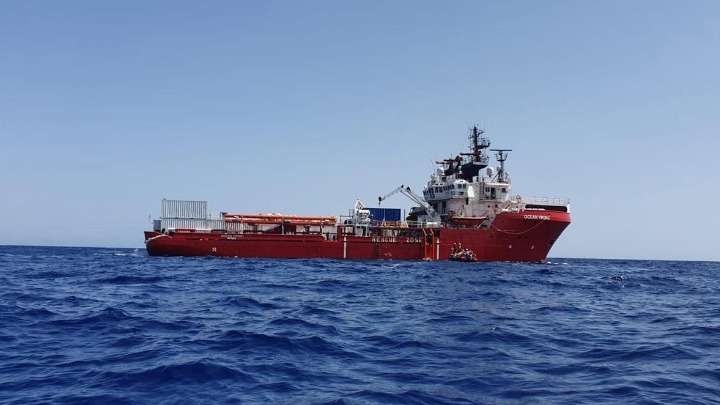 Ocean Viking, the SOS Méditerranée vessel, rescued and boarded 129 migrants off Libya and Malta over the weekend, the European non-governmental organization said.

Two of the survivors needed medical attention Monday morning by "the Italian Coast Guard", which also received "four members of their families", as they were people suffering from chronic diseases and in need of urgent medical attention. ", Clarified the Mediterranean SOS.

The remaining "123 survivors are still on the Ocean Viking" and the youngest of them "is less than a month old", the NGO added.

The first operation on Saturday at noon allowed the rescue of 25 people aboard a "wooden boat that was in danger in international waters" off the Libyan coast, said the Mediterranean SOS, based in Marseille in southern France. .

The next morning, the Ocean Viking rescued another 33 people off Libya.

Then, on Sunday night and Sunday night through Monday, the ship proceeded with two additional rescue operations, this time "in the Maltese search and rescue zone", the Mediterranean SOS added.

Initially, the Ocean Viking rescued 58 people, before gathering in the 4th operation in a row 13 people who were "missing", according to the NGO.

According to the International Organization for Migration (IOM), which is part of the UN system, at least 1.369 people have died in the Mediterranean since the beginning of the year trying to reach Europe.

Nicaragua is "one of the worst dictatorships in the world", where the opposition has been "eliminated", the head of European diplomacy, the ...
Read more