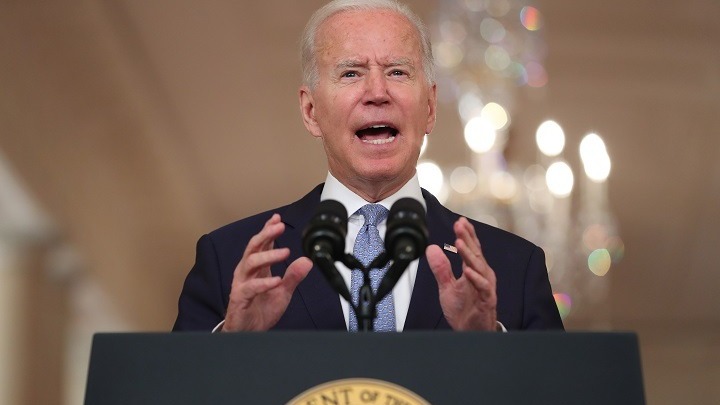 The administration of President Joe Biden wants to nearly double the number of refugees who will be admitted to the United States in the next fiscal year, beginning Oct. 1, to 125.000, in order to keep its campaign commitment, according to a statement. State Department.

The State Department will consult with the Department of Homeland Security and Congress to increase that number, which was set at 62.500 for fiscal year 2020, which expires this month.

The plan comes at a time when tens of thousands of Afghan refugees are at US military bases waiting to settle in the United States. Many more were left behind in Afghanistan, amid the chaos created in the last days of the withdrawal of American forces from that country.

Biden had promised to overthrow the policy of his predecessor, Republican Donald Trump, who had reduced the number of refugees admitted each year to just 15.000, the lowest in the history of the modern refugee program. Biden had initially left that number, but backed down in the face of criticism.

The refugee program is completely separate from that of asylum. Refugees are usually asked to help while they are abroad, undergo a thorough examination, and are then provided with the legal possibilities and resources to settle in the United States. Asylum seekers, on the other hand, can show up at the border and claim that they run the risk of returning to their home countries, thus starting a lengthy legal process until their application is approved or deported.

From the hands of the gold medalist of Tokyo in rowing Stefanos Duskou, the altar on the Acropolis was lit with the symbol of Olympism sending ...
Read more
COVID-19

South Africa, which was struggling to secure enough vaccines for Covid-19 to cover its 59 million inhabitants, turned down ...
Read more
ECONOMY

The United States announced today that it will not participate in the talks on Afghanistan scheduled for tomorrow, Tuesday in Moscow, in which it will ...
Read more
News Bulletin Athens 9.84

The children transmit and are a "reservoir" for the facilitation of new mutations, stressed the President of the National Vaccination Committee Maria Theodoridou, during today's information ...
Read more
WORLD

About three weeks after the federal elections, negotiations can begin on the formation of the first "traffic light" government at the federal level. After the...
Read more
WORLD

The government of US President Joe Biden formally asked today the US Supreme Court to block the new law of his State ...
Read more