N. Dendias: He informed the European Foreign Ministers about the Turkish delinquency in the Aegean 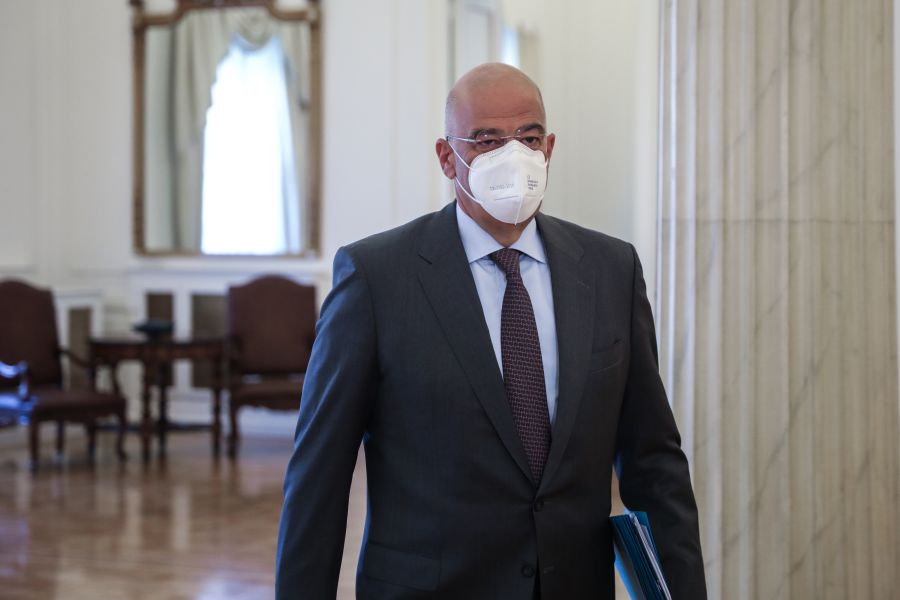 The latest developments in Greek-Turkish relations and Turkish delinquency in the Aegean were announced yesterday by Foreign Minister Nikos Dendias, at a meeting of Foreign Ministers, held in New York on the sidelines of the 76th UN General Assembly.

Specifically, Mr. Dendias informed about the unacceptable action of a Turkish warship, which disturbed a vessel that was conducting scientific research inside the demarcated Greek continental shelf, according to diplomatic sources.

The Foreign Minister pointed out that the Malta-flagged research vessel was located just 10 nautical miles east of Crete in a sea area bordered by the Greek-Egyptian agreement of August 6, 2020.

Mr. Dendias stressed that the Turkish behavior has now gone beyond any logic and in no way is in line with the image of "normality" that Turkey wants to project, according to diplomatic sources. As he commented, this is an image that unfortunately has nothing to do with reality.

The EU foreign ministers took part today in a meeting which focused on Afghanistan and the new data that are being formed after the trilateral US-British-Australian defense alliance.

Today, Tuesday, the Foreign Minister will participate in the opening of the UN General Assembly. He will then meet with his counterparts from Algeria and Saudi Arabia, and will take part in a high-level event for the protection of women and girls in Afghanistan.

N. Papathanasis: This government operates on one frequency, the frequency of supporting entrepreneurship

Criminal prosecution for the crimes of attempted and committed homicide, in a row and the violation of the law on drugs and its misdemeanors ...
Read more
984

The 7 police officers detained in GADA for the bloody clash in Perama were visited earlier by the Minister of Citizen Protection Takis Theodorikakos while he had ...
Read more
GREECE

Interruption of traffic on Kountouriotou Street in Piraeus from the height of Filellinon Street due to road subsidence. Dimitris Perros
Read more
News Bulletin Athens 9.84

The ring returns to the center of Athens after about 2 years of absence. From Monday 25 October until Friday 22 July ...
Read more