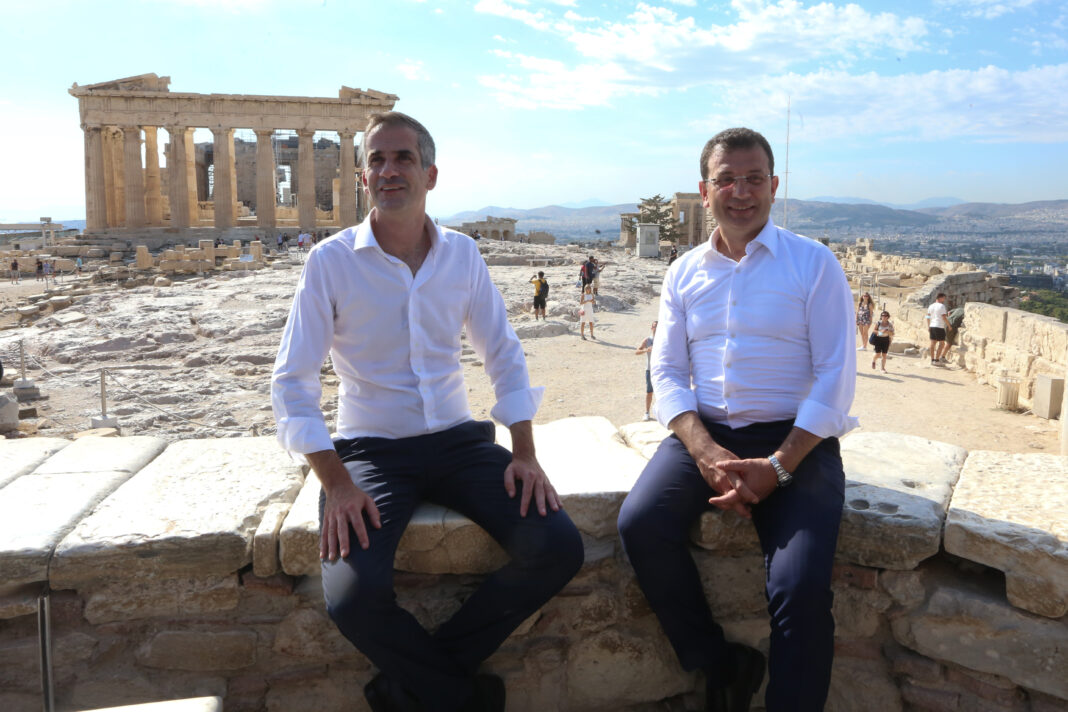 The joint visit of the mayor of Athens, Costas Bakoyannis, and the mayor of Istanbul, Ekrem Imamoglou, to the Holy Rock of the Acropolis took place in a warm atmosphere.

The two men were guided to the archeological site for almost an hour during his first official visit Mr. Imamoglou at the Acropolis. Mr. Bakoyannis showed the mayor of Istanbul important and interesting landmarks of Athens, visible from the rock, while the two mayors commented on the architecture of buildings.

Apart from the temple of the Parthenon, Messrs. Bakoyannis and Imamoglou stood in the temple of Athena, which, as the guides explained, brought victory to the city of Athens and for this reason is also called the Temple of Apteros Victory. Mr. Bakoyannis had brief dialogues with visitors and staff at the archeological site, while Mr. Imamoglou received a ceremonial gift from the Ephorate of Antiquities of the City of Athens.

The mayor of Istanbul is in Athens as part of a two-day visit, afterwards official invitation of Mr. Bakoyannis. Last May, the two mayors signed a memorandum of understanding and co-operation in the fields of culture and tourism, during Mr Bakoyannis' visit to Istanbul.

The reaffirmation of the strategic importance that the Prime Minister Kyriakos Mitsotakis attaches to the grid of regional cooperation schemes, which are based on common perceptions for a series ...
Read more
WORLD

The Brazilian Ministry of Health announced yesterday Monday that in the previous 24 hours another 183 patients with COVID-19 succumbed and 7.446 cases were confirmed ...
Read more