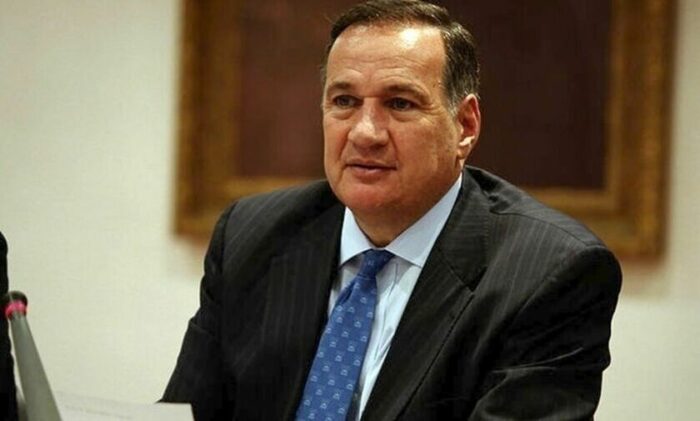 Spyros Kapralos was re-elected president of EOE after Tuesday's elections.

The "immortal" received 28 votes out of a total of 29, while one vote was invalid and thus began his 4th consecutive term.

Spyros Kapralos was the only candidate in the presidential election.

Addressing the members of the plenary, Spyros Kapralos announced that it will be his last term in the presidency of EOE:

"Thank you very much for honoring me this time too! I hope I live up to your expectations. Although, according to our statutes, I am allowed to run for President again in the future, I do not intend to exercise this right after the 2025 Paris Olympics.

I consider it my obligation to prepare the next day for the Presidency of the Greek Olympic Committee. Some young member of ours from this room I want to hope will be the next President as he should be someone with an eight year time horizon in front of him. All of you young people see it as a race where you start from the same starting line.

In this race you will have to show work in EOE, with a spirit of cooperation with the colleagues and the staff of EOE without backstabbing and with an international profile as befits Greece. Our country has a leading role in the Olympic Movement and as you will have seen, we are increasingly at the center of international interest. "After all, in 2025 in Greece the next President of the ILO will be elected."

In the remaining positions were elected:

Υπ. Of Labor: The issue was resolved with the 444 widow's pensions of NAT

By the end of November, the 444 widows of sailors will receive their final pensions, after a long delay, announced the Minister of Labor, Kostis Hatzidakis. At the same time, it is estimated ...
Read more
WORLD

Tension was caused early on Tuesday afternoon on Patision Street at the height of the University of Economics (formerly ASOE), when a group of people set fire to bins ...
Read more
984

On November 27, the written competition for the promotion of scholarships for the academic year 2019-2020 from the revenues of bequests, which are under the direct management of the Ministry ...
Read more