Elections in Germany: The favorite, the possible scenarios, the report on Angela Merkel 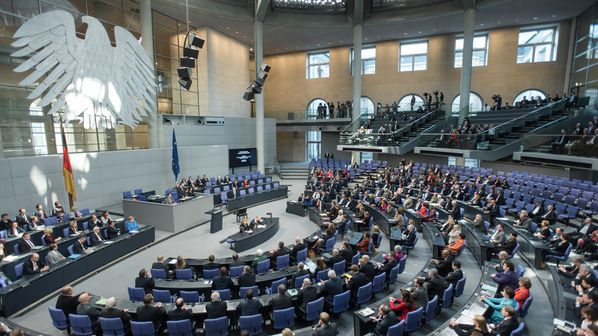 On Sunday, September 26, German voters will go to the polls to elect Angela Merkel's successor to the Chancellery after 16 years, with the battle for supremacy and especially for who will be the next Chancellor being particularly ambiguous. Karl-Rudolf Korte, Distinguished German Ecologist and Director of the NRW School of Governance at the University of Duisburg-Essen in North Rhine-Westphalia, conversed  with Domina Diamantopoulou in Athens 984 for the forthcoming federal elections in Germany on September 26, the governing coalitions that are most likely to emerge, the strategies of the three strongest parties (Social Democrats, Christian Union, Greens) during the election period and the departure of Angela Merkel from politics. 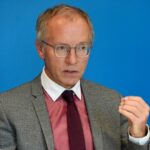 Q. Which governing coalitions are most likely, but above all, politically viable? Do you think that the exploratory discussions for the formation of a federal government will be as painful and long-lasting as the period 2017-2018, after the previous federal elections?

Ap. We are in a historical situation. The most likely scenario is to form a three-party federal government, for the first time, if the percentages of just two parties will not be enough.

The realistic scenario, at the moment, under Olaf Solz in the chancellery is a "Coalition of Beacons" - Social Democrats, Greens and Free Democrats.

Also realistic is the scenario in which Armin Lasset will lead a "Jamaica-type Coalition" - Christian Union, Green and Free Democrats.

According to the data so far, it seems that on the night of the elections we will have two potential chancellors. It will be the first time that two candidates for chancellor will try to gather a governing majority at the same time.
Under normal circumstances, one or more candidates for chancellor try to bring different parties together. This time, there will probably be two candidates. As a result, exploratory discussions will be extremely complex and lengthy.
The key question is who will be able to close the partnership with the Green and Free Democrats. The Christian Union or the Social Democrats?

Q. What is the best scenario for the Christian Union? To join a Grand Coalition under the Social Democrats or to join the opposition?

Ap. I can not rule out the possibility of forming a bipartisan coalition - provided that this is possible on the basis of the percentages to be collected by the parties, and if the months-long exploratory discussions for the formation of a three-party government have been fruitless.
At this stage, of course, I do not see any intention for the Christian Union to join a Grand Coalition under the Social Democrats.
For the Christian Democrat parliamentary group in Berlin, it is always more interesting, more important and more constructive to co-govern politically than to be in opposition.

Q. Even within the Christian Union, there is strong criticism of the election of Christian Democrat Armin Lassett as a candidate for chancellor. Do you think the Christian Socialist Markus Zender would be a better choice?

Ap. Armin Lassett has long government experience. The problem, of course, that any candidate for chancellor of the Christian Union, including Zender, would face is that, over the summer, German voters realized they had to choose a chancellor, only this time they would not be a candidate. Angela Merkel!
Who is her successor? This is a major question. It is clear that, after 16 years of Chancellor Merkel, regardless of face, we would see a major popular fall of the Union of Christian Democrats / Christian Socialists. That is why many voters redefine their political position, regardless of individuals. Marcus Zeder could, very clearly, convince many voters through polarization. But this polarization would frighten others.
Therefore, I do not believe, in any case, that with Zender as a candidate, the Christian Union would have higher percentages.

Ap. The Social Democrats have the unique opportunity to seize the momentum: the fact that Angela Merkel is not a candidate for chancellor. There is absolutely no programmatic renewal. Their candidate for chancellor is not a new or unknown person, it inspires, however, a sense of security reminiscent of Angela Merkel. Many associate Olaf Solz with this sense of security, because, during the health crisis, he distributed significant sums of money as finance minister to those affected, at the right time. It is much less a process of renewal and modernization of the party, but, above all, a reaction to the vacuum left behind by Merkel, with the result that the Christian Union, the Greens and the Social Democrats are, in essence, on the same line. boot. That's why we have three almost equivalent parties that move around 20%.

Q. What are the strengths / weaknesses of the three parties? Did the Christian Union and the Greens make mistakes during the pre-election period?

Ap. Yes. First of all, the fact that we have three parties with a turnout of around 20% is largely due to the fact that none of the three can benefit from the tendency of voters to support the current chancellor.

The Greens, for their part, lost the Great Narrative they had. They differed from the other parties, precisely because they had a Great Narrative, even in the case of the pandemic. However, they fell into the same trap as the other parties, even with their emphasis on choosing a candidate for chancellor. This should not have been done. It would be much more interesting to continue to see the leading duo of the Greens, Robert Hubbek and Analena Burbock, in the front line. We would be much more interested in watching this process. In this case it would be the only party that would be so strengthened in the voters' preference.

Q. Is Angela Merkel leaving politics weakened or is the report on the Iron Chancellor positive?

Ap. Angela Merkel's course in the chancellery has, clearly, a positive sign. Throughout her long tenure, she remained an extremely honest politician in the minds of the people, while, at the same time, she masterfully managed a series of crises. Chancellor Merkel's report is undoubtedly positive.