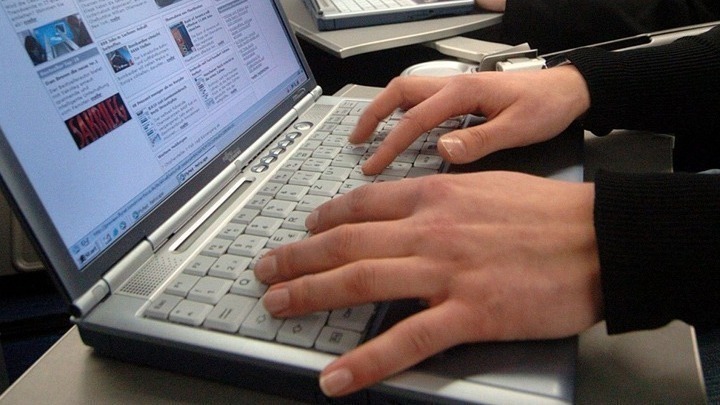 The number of internet users arrested or mistreated for posting has increased worldwide.

More specifically, the number of countries where internet users were arrested or abused due to their posts reached a new record between June 2020 and May 2021, according to a report by the US non-governmental organization Freedom House.

The most notable incidents of this period are the internet outages in Myanmar and Belarus, but the rights of internet users have been restricted worldwide for the eleventh consecutive year, the NGO said.

In its report, Freedom House values ​​the freedom enjoyed by Internet users in various countries, taking into account restrictions on Internet access or the presence of pro-government "trolls" trying to manipulate Internet chats.

"This year, internet users in 41 countries have been physically assaulted in retaliation for their online activity," the report said, noting that it was the highest number since retaining data.

Among the examples cited by Freedom House is a student in Bangladesh who had to be hospitalized after being beaten because he was suspected of "anti-government activity" on social media. Another incident reported is that of a Mexican journalist who was killed for posting a video on Facebook accusing a gang of murder.

The authors of the survey point out that in 56 of the 70 countries surveyed, citizens were arrested or convicted for their online activities, a record 80%.

The military junta that seized power in Myanmar on February 1 has been widely criticized for cutting off internet access, blocking social media and forcing technology companies to hand over personal user data.

There have been internet outages before the Ugandan elections in January and after the controversial presidential elections in Belarus in August 2020.

In all, within a year, 20 countries periodically blocked Internet access for citizens.

Iceland tops the list of countries with the most internet freedom, ahead of Estonia and Costa Rica, as it became the first country in the world to make internet access a fundamental right of its citizens.

On the contrary, China is considered the country that respects the freedom of speech on the Internet the least and the one that suppresses the most dissident users.

At the same time, they criticize countries such as India and Turkey for their legislation that forces social media to withdraw any content that is considered offensive or may affect public order.

In many countries, antitrust laws are being drafted to limit the influence of tech giants such as Google, Apple and Facebook, a move that Freedom House sees as justified.

The "small" Congress of the Greens today paved the way for the start of formal negotiations for the formation of a government of cooperation with the Social Democratic Party (SPD) ...
Read more
News Bulletin Athens 9.84

The Prime Minister, Kyriakos Mitsotakis, is expected to answer a topical question about the pandemic tomorrow at 10 am. The question was submitted to the Parliament, the leader ...
Read more
984

The new laboratory confirmed cases of coronavirus recorded in the last 24 hours are 1.712, of which 8 were identified after checks at the gates ...
Read more
WORLD

Haiti: Seventeen members of a mission, including five children, abducted by a gang

Sixteen American citizens and a Canadian, members of the Christian Aid Ministries, were abducted in Haiti on Saturday. According to the announcement of the organization ...
Read more
984

Kamena Vourla: A happy ending to the adventure of a couple who got lost in the mountains

The mountaineering team of the 3th EMAK was looking for more than 7 hours, as well as firefighters from Fthiotida, a couple of English tourists who "disappeared" in ...
Read more
COVID-19

Large queues formed today in front of pharmacy entrances in many Italian cities. The quick test is the only alternative to be able to continue to ...
Read more