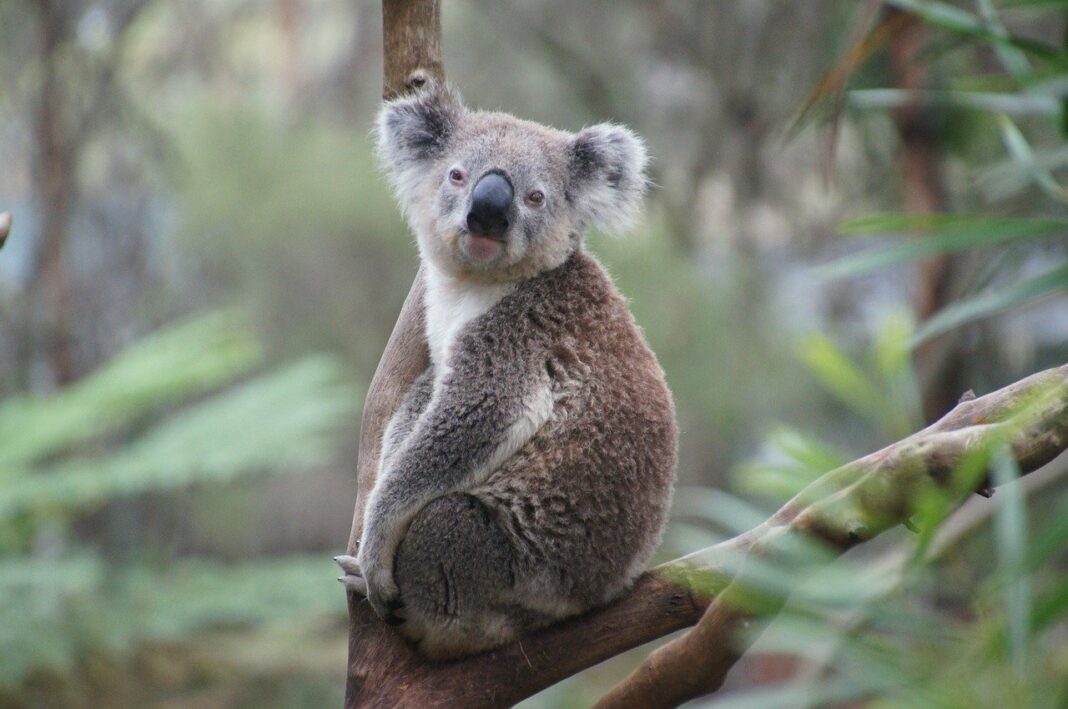 Australia has lost about 30% of its koalas over the past three years due to drought, forest fires and logging, the Australian Koala Foundation said, calling on the government to do more to protect the natural environment of marsupials.

"The reductions are quite dramatic," Deborah Tabart, the foundation's president, said today.

There has been no upward trend in their population anywhere in Australia.

Tabart said the country needs a law to protect koalas.

"I just think action is needed now. I know it may just sound like an endless disaster story, but these numbers are accurate. "It could even be worse (the situation)," she told Reuters.

The decline of the koala population in New South Wales accelerated after the devastation of vast forest fires in late 2019 and early 2020, but some of these areas did not already have koalas.

"What worries us are areas like western New South Wales, where drought over the last decade has had these cumulative effects - rivers that have been completely dry for years, ruined Camaldoli eucalyptus trees, whose leaves feed entirely on koalas."

In June, the Australian Government called on citizens to submit proposals for a national recovery plan for New South Wales, Queensland and the Australian Capital Territory around Canberra, and whether the endangered species of koalas should be protected. to be upgraded from "vulnerable" to "endangered".

Proposals for this plan are expected on Friday.

In addition to the effects of drought and fires on the natural environment of koalas, the consequences of the manufacturers' deforestation are also catastrophic.

"I think everyone understands that we have to change. "But if these excavators continue to work, then I'm really scared for the koalas," says Tabart.

Tourism: Mykonos and Santorini stood up to the circumstances

Protagonists in the arrivals of tourists emerge in the nine months of 2021 Santorini and Mykonos, presenting the largest percentage increase of all Greek destinations. According...
Read more
News Bulletin Athens 9.84

An ongoing fire broke out in a fourth floor apartment of an apartment building in Kolonos and specifically in Pythodorou Street. The fire brigade has proceeded to release a ...
Read more
SPORT CITY

The action of the Basket League continues at a steady pace as today there will be three games for the third game. At 17:00 Apollon Patras ...
Read more
SPORT CITY

With two matches, the Super League championship restarts today, with the holding of the 6th match. First time game (18:15) this in Rizoupoli between ...
Read more
GREECE

Drivers moving in certain places in Thessaloniki are required to be especially careful and follow the instructions of the traffic wardens, as mentioned in ...
Read more
WORLD

The Pentagon has offered unspecified financial compensation to the family of 10 civilians killed in a mistaken attack by a US drone in Afghanistan in August, ...
Read more
IT HAPPENS IN ATHENS

A fire broke out for an unknown reason, in an apartment building on Pythodorou Street in Kolonos. To extinguish the fire, 24 firefighters are attempting with ...
Read more

A garden in the urban landscape of the municipality of Papagou-Cholargos was created and since last week it produces beauty and action by the people who ...
Read more
984