AstraZeneca vaccinated will be able to travel to the US 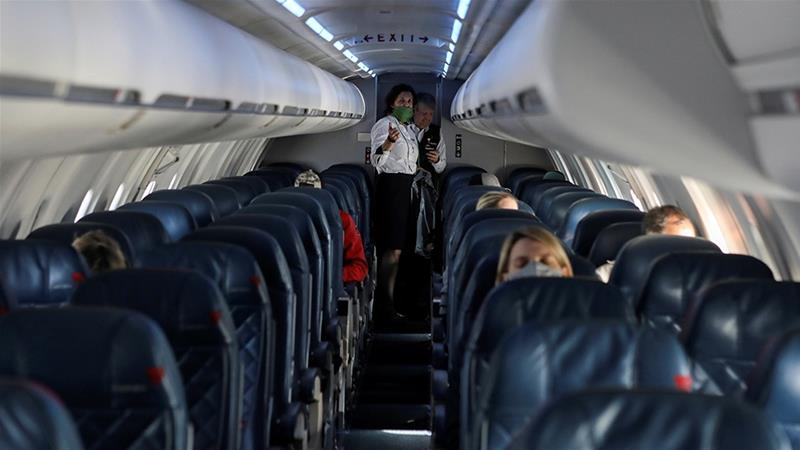 Europeans vaccinated against Covid-19 with the AstraZeneca drug will be able to travel to the United States in November even though the vaccine is not recognized by the US Drug Enforcement Administration, EU Commissioner Thierry Tierry told AFP tonight. meeting in Washington.

The White House announced today the lifting of the travel ban from "early November" for all people from abroad provided they have been fully vaccinated against Covid-19.

"This concerns all people who have been vaccinated with FDA-approved vaccines," explained Breton, who coordinates the EU supply of vaccines against Covid, and who met with White House's pandemic coordinator Jeff Zayenz.

"He told me that for the other vaccines, for AstraZeneca in particular, it is the health service that will decide but he seemed to be positive and optimistic," he added.

"What I understood from the discussions we had was that he was convinced that it was the responsibility of the health service but based on the data available (for vaccines recognized by the European health authorities), there was no concern," the European Commissioner explained.

"Thierry Breton asked Zainez about the timetable, and specifically if this permission can be given until November 1, the date of the lifting of the restrictions:" It seemed to be positive for the dates as well, "he said.

Breton stressed that his teams worked hard to remove these "no longer meaningful" restrictions.

"We are in a situation where we are the first continent and we are included in the restrictions such as China, Iran and other countries, this makes absolutely no sense," he insisted.

On Tuesday, he will make an intervention at the American think tank Atlantic Council.

The "bomb" Karamanlis has provoked reactions for the possibility of paying tolls for the entry of vehicles in the center of Athens. The Minister of Infrastructure and ...
Read more