UN Secretary-General: To end the war against our planet 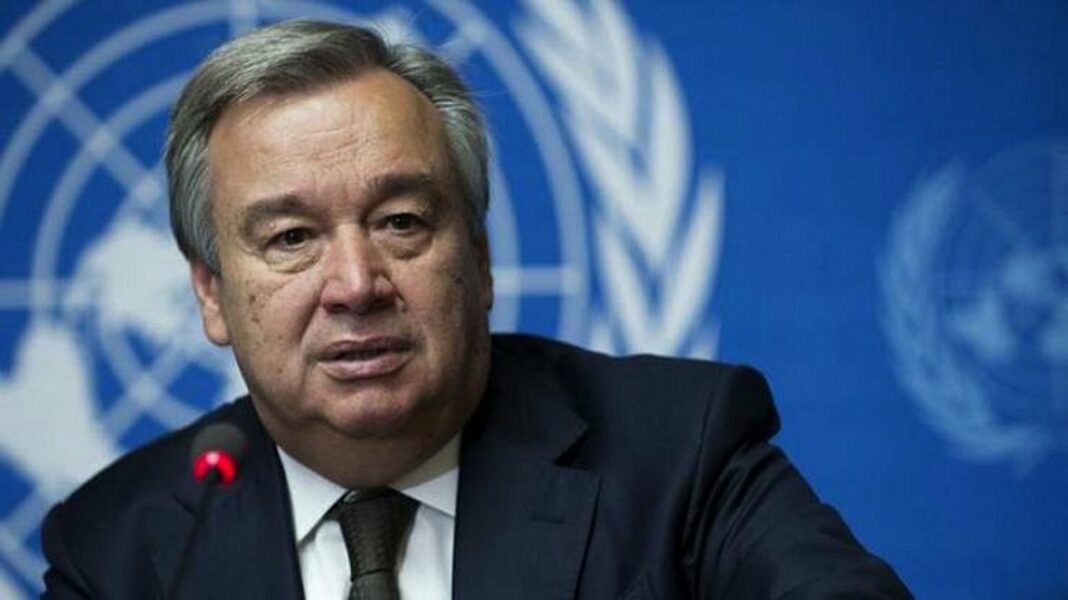 Six weeks before the crucial COP26 summit in Glasgow, the UN today sounded the alarm over climate change in front of international leaders in New York for the Organization's General Assembly.

"We must put an end to the war against our planet," said UN Secretary-General Antonio Guterres, calling on the world to commit to zero emissions by 2050 and to adopt ambitious measures. climate and biodiversity plans, that no new coal-fired power plants will be built after 2021, and that $ 100 billion a year will be allocated to climate action.

Developed countries pledged $ 2009 billion a year in Copenhagen each year by 100 to help southern countries adapt to the effects of climate change and reduce greenhouse gas emissions. But that goal has not been achieved: according to the Organization for Economic Co-operation and Development, the amount of this funding rose to $ 2020 billion in 79,6.

The Prime Minister of the United Kingdom Boris Johnson did not use diplomatic language at the roundtable on climate change with the leaders of countries and governments who did not keep their promise to fund the fight against climate change. "We all agree that we have to do something but I confess that I am increasingly frustrated because this something that many of us have committed to is not enough at all," he said.

"The world's largest economies are causing the problem, while the smaller ones are suffering the worst," Johnson added.

London, which has pledged $ 15 billion over the next five years, has pledged that $ 750 million will go to developing countries to meet their zero-emission targets. coal.

"These countries are trying to grow their economies in a clean, green and sustainable way, and we have a duty to support them with the technology, know-how and money we promised them," Johnson said. "The developing world is bearing the brunt of climate change, with hurricanes, fires and floods and long-term economic damage, but it is the developed world that has been releasing carbon into the atmosphere for 200 years and accelerating climate change, and therefore, it is up to us to help them ", he insisted.

At this roundtable, Sweden and Denmark announced their commitment to increase their contributions by at least 50%. "We will see what US President Joe Biden has to say, who will address the UN General Assembly tomorrow, Tuesday," Johnson said.

The news of the death of Fofi Gennimata at the age of 56 shocked the whole of Greece yesterday and spread sadness to her family, friends, political friends ...
Read more
WORLD

All the parades for the 28th of October in the region of Eastern Macedonia - Thrace were canceled due to the heavy viral load and while the attention is focused on Northern Greece and ...
Read more
GREECE

Afghanistan: They sell their little girls so they do not starve

When her husband told her that they should sell their two little girls so that their family would not die from ...
Read more
News Bulletin Athens 9.84

Three people were pulled out dead in the sea area east-southeast of Chios, after the shipwreck that occurred this morning ..... Nine thousand appointments for vaccination are closed ...
Read more
SPORT CITY

The Beijing Marathon was permanently canceled due to Covid-19

The Beijing Marathon, which was to be held the day before yesterday and was postponed, was permanently canceled for this year, due to the outbreak of coronavirus cases. The concern is growing ...
Read more

For many years, the cleaning policy applied in Athens did not have the expected results. Any cleaning intervention was fragmentary and limited to points ...
Read more
CIVILIZATION

Social laundry in the Municipality of Alimos

Unfortunately in recent years some people find it difficult to meet some of their basic needs. The poor and families with serious financial problems will be able to ...
Read more
IT HAPPENS IN ATHENS

The solo exhibition of Giannis Adamakos, entitled "New works 2019-2021", is presented by the Organization of Culture, Sports and Youth of the Municipality of Athens (OPANDA) at the Gallery ...
Read more