Greece without Petrounia in the World Instrument 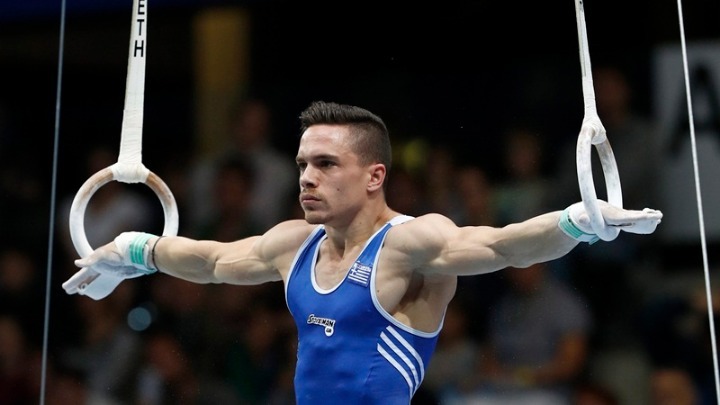 With six athletes and without Lefteris Petrounias, Greece will participate in the World Instrumental Gymnastics Championship of Japan, 18-24 / 10.

EGO announced the names of the athletes who will participate in next month's event.

The six athletes who will compete with the coat of arms in the Japanese city will be Nikos Iliopoulos (complex individual: ground, sideways, hoops, jump, doubles, singles), Antonis Tantalidis (ground, sideways, jump), Konstantinos (jump) ), Christoforos Konstantinidis (ground), Stavros Gkinis (rings) and Stefanos Tsolakidis (side horse, twin), with the latter two making their first appearance with the National team in the institution.

This year's world championship has the peculiarity that it does not include the team competition, but is addressed to specialists of the individual instruments and the individual complex.

Absent from the Kitakiusos event will be Lefteris Petrounias, who needed to be discharged in view of the new Olympic cycle, after the over-effort and constant vigilance of the last two years, which culminated with the Olympic qualification and the conquest of the bronze medal.

"For Lefteris, it was predetermined that he would not play in the World Cup in Japan, regardless of the result he would have in Tokyo. It needs to be discharged, so that we can properly start the new season and plan for the next three years.

We have to choose the games that we will give from now on, having as main goal to reach the Olympic Games in Paris to claim the first place, as he always wants ", stressed the coach of the Men's National Team, Dimitris Raftis, who added referring to the prospects of distinction of Greek athletes in the upcoming world championship:

"I want to believe that Iliopoulos can enter the final of the complex individual with a good performance, while Tantalidis is convinced that he can get a high score that will put him in the finalists in the ground exercises, where he has a program with great initial value. We expect the other children to pleasantly surprise us, with a good final result in their instruments ".

Britain announced the highest number of cases since mid-July

Britain today announced the highest number of new cases of Covid-19 in three months, as the number of infections rose to levels that had ...
Read more
WORLD

Belarus, after its decision to expel the French ambassador, recalled its current ambassador to Paris, causing a rift with ...
Read more
SPORT CITY

Aris passed with a 0-1 victory over Lamia

Without impressing and taking advantage of the fact that Lamia was left with 10 players from 37 'due to dismissal with a direct red card ...
Read more
News Bulletin Athens 9.84

Developments in the Cyprus, Eastern Mediterranean and Libya will be at the center of tomorrow's meeting between the Prime Minister and the Presidents of Egypt and Cyprus, ...
Read more
SPORT CITY

First victory in the championship for Panathinaikos in basketball

Panathinaikos increased its performance in the last ten minutes and prevailed 92-78 over Ionikos in OAKA, reaching its first victory in the championship. The...
Read more
IT HAPPENS IN ATHENS

The 15 proposals of the Municipality of Athens for dealing with the traffic problem of the capital will be presented at the next meeting of the Municipal Council. The announcement was made ...
Read more
News Bulletin Athens 9.84

Developments in the Cyprus, Eastern Mediterranean and Libya will be at the center of tomorrow's meeting of the Prime Minister with the Presidents of Cyprus and Egypt, during ...
Read more