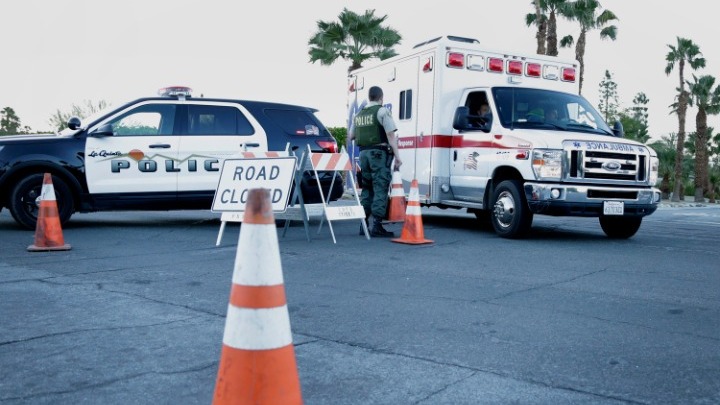 A military training plane crashed today in a Lake Worth neighborhood in Texas, injuring at least two people and damaging homes, authorities said.

The two pilots of the aircraft are being treated, after successfully using the ejection seat, according to the head of the Lake Worth Fire Department, Ryan Arthur. Lake Worth is located in the Fort Worth Metropolitan Area in northern Texas.

According to police, the parachute of one of the pilots became entangled in power lines.

Three houses were damaged, but none of their occupants were injured.

"Things could be much worse, as the plane crashed in a residential area," Arthur said.

Former US President Bill Clinton is being treated in a California hospital today, where he is recovering from an infection, which is not related to ...
Read more
News Bulletin Athens 9.84

Intense weather phenomena are currently being detected in Northern Greece. In the Municipality of Lagada, after the heavy rains, the stream overflowed in the village of Zagliveri ...
Read more
984

The rainfall in Attica from the bad weather "Ballos" was strong, causing a multitude of problems in the city of Athens. According to the records of the network of automatic ...
Read more
WORLD

President Zaich Bolsonaro's veto on a law providing for the free distribution of sanitary napkins has caused a stir in Brazil, where many poor women do not ...
Read more
News Bulletin Athens 9.84

Intense weather phenomena are currently being detected in Northern Greece. In the Municipality of Lagada, after the heavy rains, the stream overflowed in the village of Zagliveri ...
Read more
GREECE

Meeting of K. Mitsotakis with women MPs and judges from Afghanistan

With three women MPs and three women judges from Afghanistan who were released from their country and the Taliban regime and ...
Read more

The rainfall in Attica from the bad weather "Ballos" was strong, causing a multitude of problems in the city of Athens. According to the records of the network of automatic ...
Read more
984

Due to the subsidence of the road, the traffic was stopped on Papanikoli Street in the current towards Chalandri from the height of the intersection with the street ...
Read more
CIVILIZATION

The traffic in Piraeus and the regional Egaleo was restored

According to the latest information from ELAS, the traffic of vehicles in sections of Piraeus Street and the Egaleo ring road, which had ...
Read more