AUKUS: The deal was struck at the G7 in Cornwall behind Macron 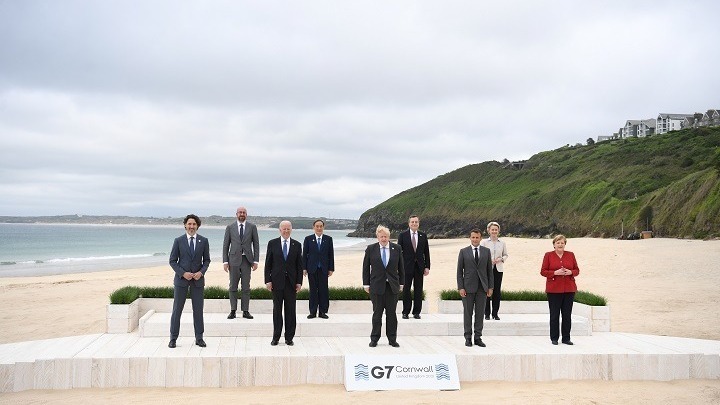 The details of the tripartite security agreement between Australia, the United Kingdom and the United States, which marked the cancellation of the contract signed by Paris and Canberra for the supply of tens of billions of euros worth of submarines, were discussed and agreed during G7 summit in Cornwall in June, writes The Telegraph today.

According to the report, the President of France Emanuel Macron, present at the meeting, was kept in the dark regarding the preparation of the agreement.

The then British Foreign Secretary Dominique Raab (now Minister of Justice) had warned that the agreement would negatively affect relations with China and France. The details of the so-called AUKUS were, however, discussed in detail during the G7 summit. All documents about her were classified "top secret", according to the Telegraph.

The Guardian reported on Saturday that talks on the issue had been going on for months in complete secrecy, adding that during the G7 in Cornwall, Mr Macron was not hinted that the Australian government was preparing to cancel the bilateral agreement on the supply of submarines in order to buy American nuclear-powered submarines instead.

The Undersecretary of Health, Zoe Rapti, visited the General Hospital of Rethymno today, where she held a wide-ranging meeting, in which the Administration of the 7th RAE and ...
Read more
984

V. Papaevangelou: The situation in Northern Greece is reminiscent of the pre-vaccination era

The Deputy Minister of Health Mina Gaga and the professors Vana Papaevangelou described in black the situation of the coronavirus epidemic in our country ...
Read more
GREECE

The differences that separate the states on the two sides of the Aegean are many and important. The permanent national positions of Greece and Turkey, ...
Read more
ECONOMY

In Cyprus on Friday, Chr. Staikouras

Tomorrow, Friday, October 22, the Minister of Finance, Mr. Christos Staikouras, will pay a visit to Cyprus. Mr. Staikouras will be in Limassol in the morning, where ...
Read more
WORLD

France: 120.000 households left without electricity due to stormy winds

At least 120.000 households have been left without electricity in northern France due to strong winds sweeping parts of western Europe since yesterday. Almost "4.000 technicians ...
Read more