US: US Capitol on alert ahead of Donald Trump rally 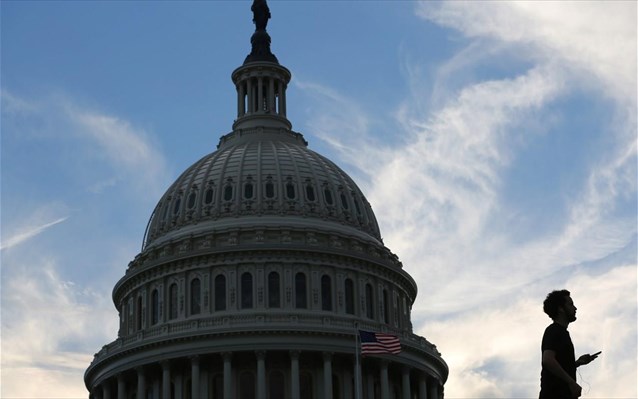 Hundreds of police will be deployed around the Capitol today, ahead of a January 6 rally in support of the hundreds of people who stormed the building on January XNUMX in an attempt to reverse the election defeat of former President Donald Trump.

A 2,44-meter-high black fence that surrounded the complex for about six months after the attack was repositioned as 6 members of the National Guard were on standby and security forces were checking on passengers arriving at Washington's nearest airport. in an effort to prevent violent incidents.

The organizers of the "Justice for January 6" march say they expect it to be held in a peaceful atmosphere, but Capitol Police Chief Jay Thomas Manger told reporters yesterday that "some threats of violence have been made" in connection with the mobilization, where Police will try to prevent clashes between Trump supporters and protesters.

More than 600 people were prosecuted for participating in the Jan. 6 riots, which followed a speech by Trump in which he reiterated his false claims that his election defeat by Democrat Joe Biden was the result of widespread fraud. The allegations were rejected by courts, election officials and members of the Trump administration.

About 50 people have so far pleaded guilty to charges related to the incidents. Most of the accused have been released pending trial, but 75 remain in custody, according to court documents.

Members of the far-right Proud Boys, Oath Keepers and Three Percenters are accused of breaking into the building.

Matt Brainard, a supporter of Trump's false allegations of corruption, who is organizing the march, said he hoped it would lead to the release of those accused of involvement in the January 6 events.

"What we really want to do is bring to the fore the abuse of these people and encourage federal lawmakers to ask the Department of Justice to do real justice to these people. "And that means, in many cases, the charges are dropped," Brainard told C-SPAN.

Chancellor Angela Merkel will visit Athens on October 28 and 29. The announcement of the visit was made a while ago by the deputy government representative, ...
Read more
SPORT CITY

The Panathinaikos case was heard - The decision is expected

The case of Panathinaikos was heard on Friday afternoon, which is in danger of being punished for an incident that took place before the game with Ionikos. Post...
Read more
GREECE

A seismic tremor of magnitude 4,3 on the Richter scale occurred at 13:11, 5 km NW of the city of Arkalochori. According to the Geodynamic Institute of the National ...
Read more
984

G. Majorkinis for "Delta +": He is not considered a member of concern

Gikas Majorkinis, Assistant Professor of Epidemiology and member of the Committee of Experts of the Ministry of Health, appeared reassuring for the "Delta +" executive. "Delta + does not seem to ...
Read more
News Bulletin Athens 9.84

The Ring returns from next Monday in the Center of Athens. Those who are entitled to a new marketing authorization within the ring should submit applications exclusively ...
Read more
ECONOMY

The first application from Alpha Bank for inclusion in the guarantee program of Elliniko was submitted on Friday, October 15, 2021 to the Ministry of Finance ...
Read more
CIVILIZATION