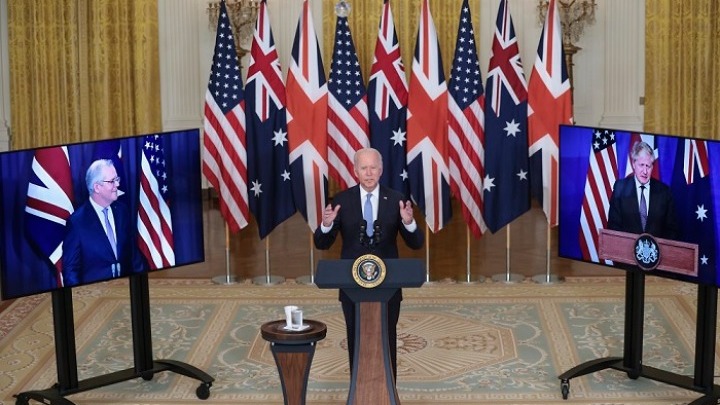 The French authorities canceled a gala that was to be held tomorrow, Friday, in Washington, on the occasion of the breaking of the "contract of the century" for the delivery of French submarines to Australia, as it became known by an official.

The reception was to be held at the residence of the French ambassador in Washington. Paris would celebrate the anniversary of a naval battle crucial to the US War of Independence, which led to the victory of the French fleet over the British on September 5, 1781.

Concern of scientists about the explosive "cocktail" of flu and coronavirus. The doctors draw attention and call on the citizens to get the vaccine ...
Read more
984

The current question submitted to the Parliament by the president of SYRIZA - PS, Alexis Tsipras about the pandemic will be answered at 10 ...
Read more
WORLD

Four people are dead and 19 are missing as a boat carrying Tunisian migrants capsized a short distance from the coast, informed yesterday Sunday ...
Read more
WORLD

The ambassador of France in Belarus, Nicolas de Bouillon de Lacoste, left the country, as demanded by Minsk, giving him a deadline until today ...
Read more
984

More than 90 million euros to 141.000 beneficiaries, will be paid from today until Friday, the Ministry of Labor, EFKA and OAED ...
Read more
984

Tax Office: Scanning checks in cases of 2015 before they expire at the end of the year

Cloudy skies with local rain are expected today, Monday, while the temperature will not change significantly. According to the meteo of the National Observatory of Athens, today ...
Read more