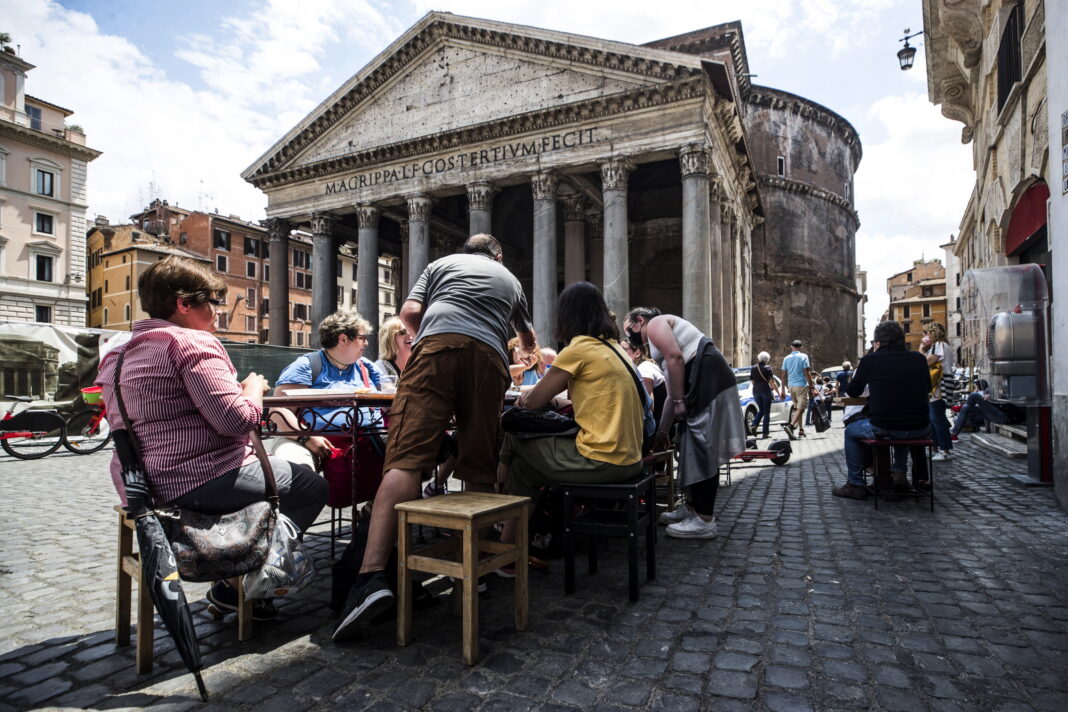 The Italian government unanimously adopted the measure for mandatory implementation of the "vaccinated green pass" in the public administration and the private sector of the country. At the same time, the measure also applies to the self-employed.

The only alternative to obtaining the green pass (two weeks after the first dose of the coronavirus vaccine) is to have continuous diagnostic tests every 48 hours.

In a press conference after the cabinet meeting, Italian Health Minister Roberto Speranza stressed that if, thanks to the green card, the start of the school year does not lead to a problematic increase in infections, some restrictions could be reduced in October, such as -for example- in terms of the capacity of theaters and cinemas.

For his part, the Minister of Public Administration Renato Bruneta stated that "this measure concerns 23 million citizens" and that "it is no coincidence that the green pass will be valid from October 15, because as many citizens as possible are given the opportunity to be vaccinated ".

Bruneta, at the same time, added that "the government wants, now that we will enter the autumn and the temperature will decrease, not to favor the release of new variants of the virus."

The Italian Minister for Regional Affairs, Maria Stella Jelmini, stressed that "the Draghi government wants to persuade and not force the citizens to be vaccinated" and announced the launch of a new information campaign on vaccines and their usefulness. Something that the governors of the country insisted on.

"We do not want to impose compulsory vaccination, so that there is no further polarization between those who support it and the unvaccinated minority," said Italian Labor Minister Andrea Orlando.

Episodes outside ASOEE - Patision is closed

New episodes occurred earlier outside ASOEE. A group of people set up roadblocks setting fires in bins, as a result of which the traffic was stopped in ...
Read more
984

On November 27, the written competition for the promotion of scholarships for the academic year 2019-2020 from the revenues of bequests, which are under the direct management of the Ministry ...
Read more
984

Tragedy off Chios - The bodies of three children were retrieved - Mitarakis v. Ankara

Investigations continue southeast of Chios to locate a missing person, after the sinking of a boat with foreigners, which resulted in the loss of ...
Read more

Episodes outside ASOEE - Patision is closed

New episodes occurred earlier outside ASOEE. A group of people set up roadblocks setting fires in bins, as a result of which the traffic was stopped in ...
Read more
CIVILIZATION