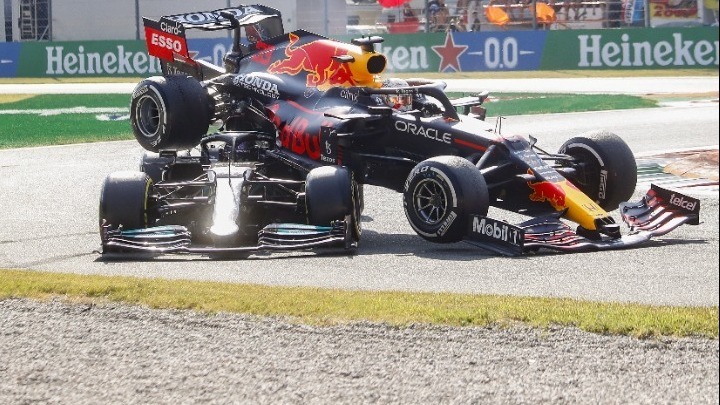 The "battle" between Lewis Hamilton and Max Ferstappen is raging, and makes the F1 season exciting.

"It simply came to our notice then that Hamilton was injured. Ferstappen was already out when Hamilton tried to get out of the gravel. "He saw the car but continued," he said.

The accident, which took place in the 26th round of the Monza Grand Prix, ended in triumph for Daniel Ricciardo, three years after his last victory in F1.

The FIA ​​has imposed sanctions on Ferstappen

Following an investigation, the FIA ​​identified the Dutch driver as the main culprit in the accident. Max Ferstappen was punished with a three-place penalty in the next starting grid, specifically on September 26 in Russia, at the Sochi track. To this punishment was added the loss of two points in the leave of the 23-year-old pilot.

According to the judges of the race, the Dutchman attempted a maneuver too late to demand space from his opponent. The Briton, who was in front, was judged that he could react, but the position of the driver of the Mercedes was considered reasonable.

By decision of the Prime Minister Kyriakos Mitsotakis on Wednesday, October 27, 2021, the day of the funeral of Fofi Gennimata, national mourning is declared, as the Palace informed ...
Read more
984

The news of the death of Fofi Gennimata today, shortly after noon, defeated by cancer, plunged the political world of the country into mourning. K....
Read more
GREECE

Legislative regulation for the modernization of EFKA

Legislative regulation for the modernization of EFKA in combination with seven measures to strengthen the largest insurance organization in the country, is promoted by the government, with the ...
Read more
GREECE

"Throughout her life, Fofi Gennimata has been dynamic, dignified and brave. He faithfully served the political life of the place, with political responsibility and ...
Read more

An earthquake was particularly felt in Athens shortly before 4 pm on Monday.
Read more
GREECE

M. Varvitsiotis: Geopolitics, energy and a clean planet are interrelated

"There is no dilemma between green and cheap energy. On the contrary, green energy in our time is much cheaper than that produced from minerals ...
Read more
IT HAPPENS IN ATHENS

The Open City demands the immediate re-employment of migrant cleaners. On Monday morning, Nassos Iliopoulos and members of the municipal party were at the side ...
Read more
IT HAPPENS IN ATHENS

Improved compared to last week is the situation today at stops and buses, the first day of implementation of the Ring. However, the same does not happen ...
Read more
CIVILIZATION

The solo exhibition of Giannis Adamakos, entitled "New works 2019-2021", is presented by the Organization of Culture, Sports and Youth of the Municipality of Athens (OPANDA) at the Gallery ...
Read more