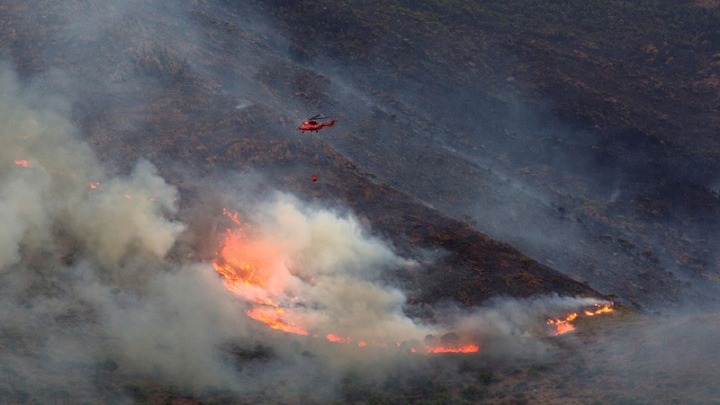 The devastating forest fire that killed a firefighter and evacuated 2.600 people from their homes in southern Spain is under control, according to local authorities.

The fire, which broke out last Wednesday near Malaga, Andalusia, "is believed to be under control. "The rain that has been falling for hours has been the best ally," Andalusian regional president Juan Manuel Moreno said on Twitter.

About 500 firefighters, backed by water jet vehicles, were called in to fight the gigantic fire that burned 80.000 acres of forest.

As of Sunday, 260 special forces soldiers had been deployed to assist firefighters.

The fire, which intensified in its early days from high temperatures and winds, claimed the life of a 44-year-old firefighter and led to the evacuation of thousands of residents. According to police, it was caused by arson.

Catastrophic fires intensified by the heatwave hit many other Mediterranean countries this year, such as Greece, Italy, Turkey and Algeria.