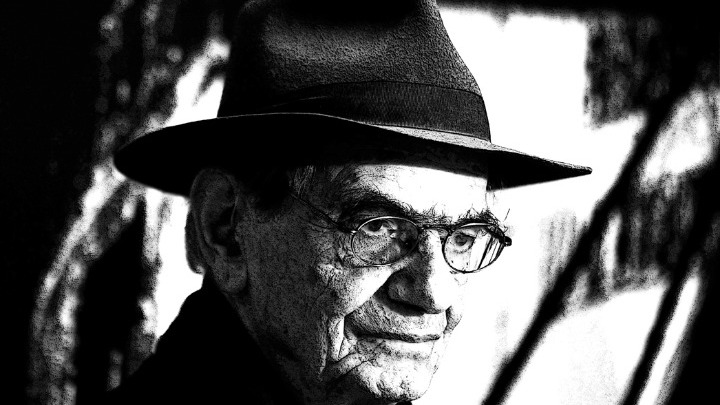 "Mikis Theodorakis was a leader. When I went to the Diocese to say goodbye, I saw with how much emotion and awe thousands of people were standing behind railings. These ordinary people, the ordinary people stood out and appreciated a real leader, because Mikis Theodorakis was a leader " With these words, the writer Vassilis Vasilikos said goodbye to the great composer through Athens 9.84 and Jason Triantaphyllides.

"People do not live forever, but their works remain and are now a common property of our country. So we are not talking about the death of Mikis Theodorakis, we are talking about his contribution to the nation and the homeland and the invaluable legacy he left behind " stressed among other things.

"Mikis crossed the border, left a unique legacy that will never be forgotten", said the well-known author who has associated his name with that of the great composer through the film "Z" which was based on his book and was shot by Costas Gavras in 1969.

Describing their first acquaintance with Mikis Theodorakis, Vassilis Vasilikos "returned" to 50s when "In the newly established building of the Society for Macedonian Studies, a concert was given by two young composers, Argyris Kounadis and Manos Hadjidakis, who played on two opposite pianos the play 'Greek Carnival' by the unknown composer Mikis Theodorakis. Later, in 1961, in Athens, a total of five people watched the theatrical adaptation of one of his plays. Then coincided the final return of Mikis to Greece "

The society of Lamia is shocked by the loss of a 14-year-old schoolgirl who left her last breath at the General Hospital of Lamia at noon. According...
Read more
WORLD

More than 20 people drowned today when the bus carrying them was swept away by the floods, as the driver was trying to cross an inflated ...
Read more
News Bulletin Athens 9.84

The fourth wave of the pandemic is raging, with the country's hospitals in a state of suffocation due to the increase in the number of intubated patients. 697 is ...
Read more
GREECE

Foreign Minister: Greece condemns the terrorist attack in the Mahmur region of Iraq

The new laboratory confirmed cases of the disease that were recorded in the last 24 hours are 5.157, of which 11 were identified after checks at the gates ...
Read more